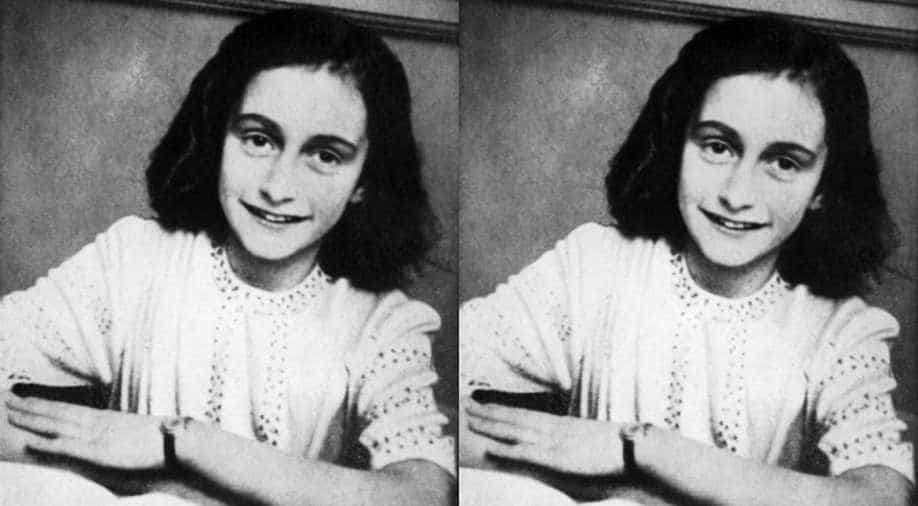 Anne Frank once taped over two pages in her diary with brown sticky paper, leaving a small puzzle as to what material the Jewish teenager, who had no idea of how famous her diary would later become, wanted to exclude.

Now Dutch researchers have revealed the answer: corny jokes and a summary of her ideas about sexual education when she was aged just 13.

"Anybody who reads the passages that have now been discovered will be unable to suppress a smile," said Frank van Vree, director of the Netherlands` Institute for War, Holocaust and Genocide Studies.

He said the jokes "make it clear that Anne, with all her gifts, was above all also an ordinary girl."

Frank and her family hid in a cramped secret annex above a canal-side warehouse from July 1942 to August 1944, along with four other Jews. They were betrayed and arrested by the Nazis in August 1944.

The pages, dated to Sept. 28, 1942, were contained in the red-and-white checkered diary Anne had received for her birthday in June of that year, shortly before they went into hiding.

One joke involves a man who fears his wife is cheating on him. After searching the house, he finds a naked man in the closet.

When the husband asks the naked man what he`s doing there, Anne wrote, the naked man answers: "Believe it or not, I`m waiting for the tram."

The Anne Frank House photographed the pages with a high- resolution camera and a light shining on them during a regular check on the diary`s condition in 2016. Later, researchers realized the underlying text was partly visible and modern software could probably decipher it.

Anne Frank House director Ronald Leopold said the pages were not really scandalous or surprising, as Frank openly discusses her sexual maturation elsewhere in the diary. "The only element that might be interesting from the point of view about her development as a writer and as a teenager is the fact that she`s creating, kind of, fiction," he said.

In addition to the jokes, Anne summarizes what a period is, describes the mechanics of sex in couched terms, and relays what she has heard of prostitution. "I sometimes imagine that someone would come to me and ask me to inform him about sexual subjects, how would I do that?" she wrote. "Here`s the answer..."

Anne frequently edited and re-wrote her diary entries during the long months in hiding, especially in 1944 after the Dutch prime minister in exile asked in a radio broadcast that people keep records about life during the occupation. But exactly when and exactly why Anne blocked out the pages will likely never be known.

"She was probably afraid that other people she was hiding with, either her father, her mother or the other family would discover her diary and would read these things," Leopold said.

Anne died at the Bergen-Belsen concentration camp in 1945, aged 15. Her father Otto was the only member of the family to survive the war. He recovered her diary and had it published two years later. It is now considered one of the most important documents to have emerged from the Holocaust and has been read by millions of people and translated into 60 languages.