Despite restrictions, digital spending hits record in US midterms 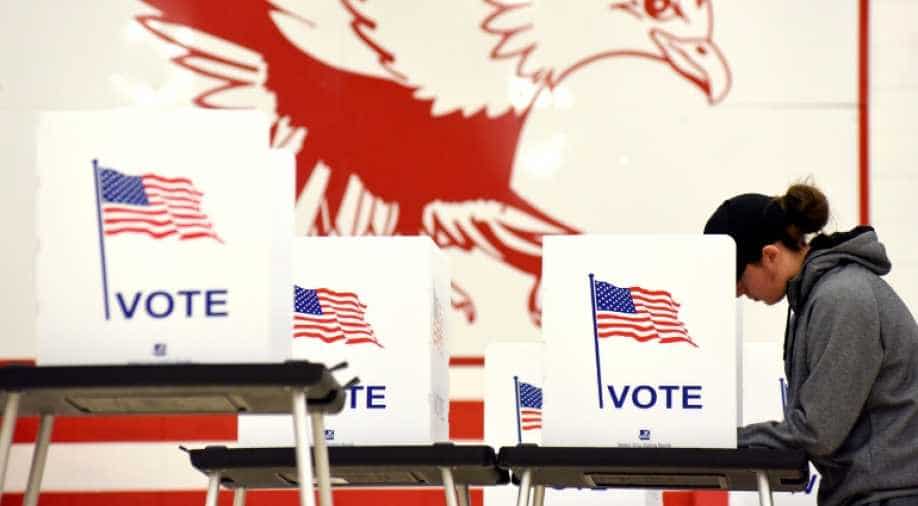 Even as online platforms tightened rules for political ads, digital spending set new records in the 2018 US midterm elections and appears poised for further growth in 2020.

Digital media campaign spending rose 2,400 per cent from the 2014 midterms to $1.8 billion, roughly 20 per cent of the total $8.9 billion in ad spending, according to preliminary estimates from the research firm Borrell Associates.

Online spending, much of it on social networks like Facebook, has been a significant factor in campaigns for a decade, but tighter rules imposed by digital giants in the wake of the 2016 election could have curbed some of that growth.

Kip Cassino, lead author of the Borrell study, said the online sector kept up a strong growth pace despite new guidelines from Facebook, Twitter and others requiring verification of advertisers to address concerns about foreign influence campaigns.

Digital has some unique advantages over traditional media like television, notably the ability to send out messages quickly and targeted to specific groups of voters.

"They can take advantage of an opportunity very quickly, within seconds," Borrell said. "You can't do that with legacy media."

Additionally, campaigns can finely target voters by geography, age, affiliation and interests, based on data gleaned by online firms.

It remains unclear, however, what if any new privacy rules may come into effect before the 2020 election. Any regulations similar to those imposed in Europe could in theory limit campaigns' ability to target ads without consent from users.

"I would be surprised if (tough ad targeting regulations) happen with this administration," said Michelle Amazeen, a Boston University professor specializing in political communication.

Amazeen said campaigns this year were able to use finely targeted ads, including many "attack ads," whose source was not clearly identified -- in some cases seeking to get press attention from "sensational" or inaccurate claims.

"There are certain loopholes where people can run ads and there's no real confirmation of whether that individual or group is who they say they are," Amazeen said.

She added that Facebook's decision to keep these ads without better disclosure "suggests they are not really concerned about protecting the integrity of the election."

While many candidates embraced digital, some strategists say other office seekers failed to take advantage of cost-effective online ads.

Broadcast TV still made up nearly 40 per cent of all campaign spending and cable TV for 12 per cent.

Amazeen said television remains a key medium because of a large body of research showing its effectiveness, and because older voters are less reachable on online platforms.

According to Cassino, Democrats outspent Republicans three-to-one on digital, but some analysts say much of that was in fundraising and not to help get the vote out.

Mark Jablonowski, managing partner at DS Political, a digital targeting consultancy for Democrats and progressive candidates, said Republicans were well-organized early in the campaign on digital, forcing Democrats to catch up with a late online surge.

"We did not see the growth in digital ad spending we were expecting" from Democrats, Jablonowksi said.

Even with candidates like O'Rourke, he said, "almost all of that (digital) spending was to raise more money, not for persuasion."

Jablonowski said it will be increasingly important in 2020 to direct more ad dollars to digital to reach younger voters.

"You want to be where the eyeballs are, and more people are cancelling their cable television subscriptions, don't have landline telephones," he said.

"There's a whole universe of people not reachable by television."

Some analysts say even old technology, like text messaging, were effective tools in 2018.

Roddy Lindsay, co-founder and chief of the smartphone organizing group Hustle, said activists for Democrats and progressives sent out more than 200 million text messages, calling it an important element in driving turnout.

Although text messages have been used for decades, organizers were able to use targeted campaigns to deliver "peer to peer" messages to young voters who might not be reached by traditional media.

"This was one of the breakout tools of the 2018 election cycle," Lindsay said.

"We know the youth voter turnout made the difference."