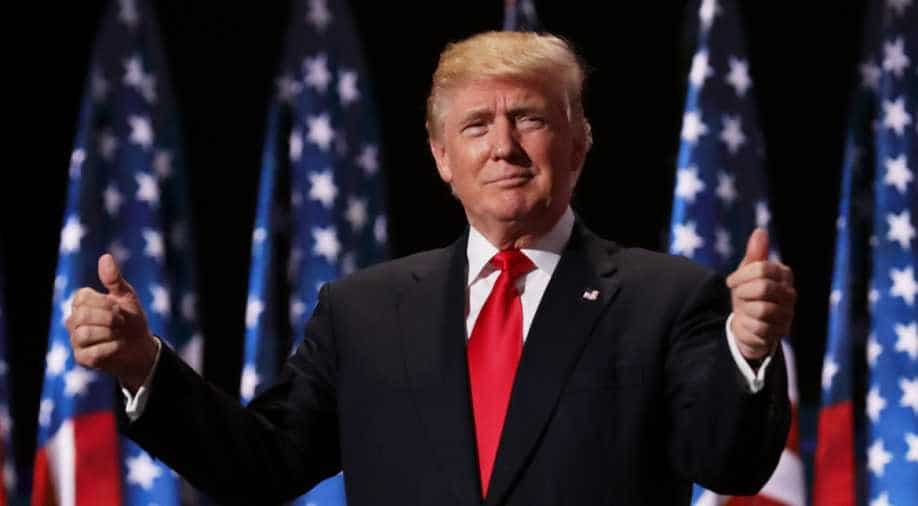 State Department spokesman John Kirby said that to his knowledge, Trump's transition team had not been in contact with the department. Photograph:( Getty )

One day before US President-elect Donald Trump's first meeting with Japanese Prime Minister Shinzo Abe, Japanese officials said they had not finalised when or where in New York it would take place, who would be invited, or in some cases whom to call for answers.

Uncertainty over the talks shows the difficulties in turning Trump from a freewheeling businessman into a sitting president with a watertight schedule and a fully functioning administration by his inauguration on Jan. 20.

Japanese and US officials said on Wednesday the State Department had not been involved in planning the meeting, leaving the logistical and protocol details that normally would be settled far in advance still to be determined.

“There has been a lot of confusion,” said one Japanese official.

The meeting was only agreed to last week and Trump and his advisers have been busy in meetings at his headquarters in Manhattan's Trump Tower in recent days to work out who gets which job in the new administration.

State Department spokesman John Kirby said that to his knowledge, Trump's transition team had not been in contact with the department either to discuss the transition of government or to seek information ahead of his meetings with foreign leaders.

Trump is expected to use the Abe meeting to reassure Japan and other Asian allies rattled by his campaign rhetoric, advisers to Trump said. But Trump, a brash outsider with no diplomatic or government experience, and Abe, a veteran lawmaker, have differences on policy issues such as free trade.

Several Trump aides did not immediately answer requests on Wednesday for comment about the Abe visit or contact between the transition team and the State Department.

Speculation about top appointments to the Trump administration has intensified since the head of the team overseeing the transition, New Jersey governor Chris Christie, was removed last week and replaced by vice president-elect Mike Pence.

Transition team officials said on Wednesday night that Trump planned to announce "landing teams" on Thursday that would begin setting up staff in key agencies, like the State and Justice departments.

Trump on Wednesday denounced reports of disorganisation in the team, singling out the New York Times for saying world leaders have had trouble getting in touch with him since his upset victory over Democrat Hillary Clinton in the Nov. 8 presidential election. The Republican real estate magnate said on Twitter he had taken "calls from many foreign leaders despite what the failing @nytimes said. Russia, U.K., China, Saudi Arabia, Japan."

The Times, a frequent target of Trump's Twitter blasts, said on Tuesday that US allies were "scrambling to figure out how and when to contact Mr. Trump" and blindly dialing in to Trump Tower to try to reach him.

Trump and Pence had spoken to 29 foreign leaders, the transition team said on Wednesday. Trump has mostly stuck to normal practice for a US president-elect with the order in which he has spoken to foreign leaders on the phone since his election victory. But some of his contacts have stretched the limits of the usual procedure.

'Only one who knows'

Despite fevered speculation, Trump has yet to say who will fill Cabinet positions such as secretary of state, treasury secretary or defense secretary. His team said that was not unusual and was in line with the timing of the transition of Democrat Barack Obama to the White House after he won the presidency in 2008.

Trump could add son-in-law Jared Kushner as a top White House adviser, the Wall Street Journal reported on Wednesday. Kushner, who is married to Ivanka Trump, has been a central adviser during the campaign and transition. The Trump transition team has repeatedly denied it is seeking high-level security clearance for Kushner.

A federal anti-nepotism law prohibits a president from hiring family members to serve in his administration, but the Journal said it was not clear if the law applied to a position inside the White House. It added Kushner had indicated he would avoid the issue by not taking pay for any White House work.

Kellyanne Conway, a senior Trump aide who served as his campaign manager, said she did not think Kushner was seeking an official role in the White House.