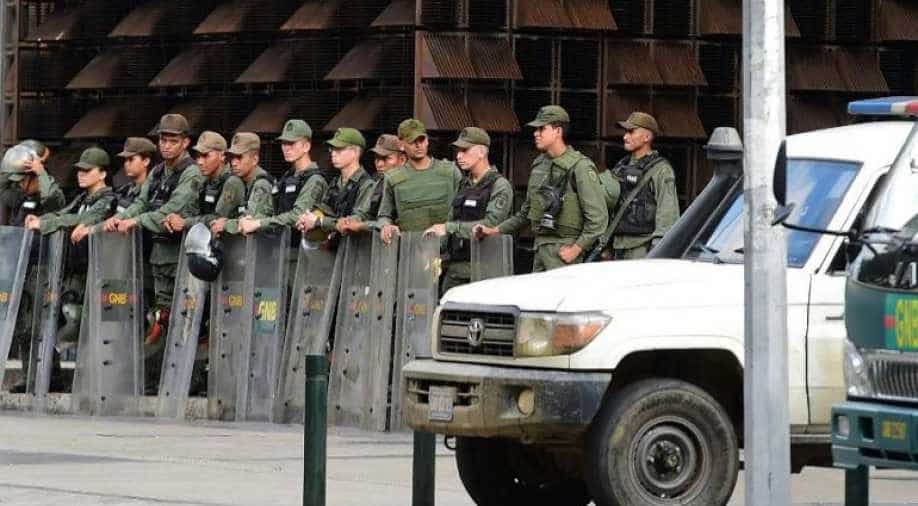 The Colombian military is on alert in response to Venezuelan armed forces exercises along the two nations` border that Colombia considers an open threat, a senior military commander said on Wednesday.

Venezuelan President Nicolas Maduro ordered a series of military drills that began on Tuesday in response to what he called Colombia`s planned aggression against the OPEC nation.

"As for the exercises that the Venezuelan regime is carrying out ... we are on a special alert," General Luis Navarro told reporters. "We have been openly threatened."

Maduro accused Colombia of preparing an attack after President Ivan Duque said that the socialist leader was protecting members of the ELN guerilla group and dissident members of the FARC, some of who recently took up arms again.

Maduro has repeatedly warned of an invasion by Colombia coordinated by the US government.

Washington, which has levied several rounds of sanctions against Maduro`s government, says it wants a peaceful resolution to Venezuela`s crisis in which Maduro voluntarily resigns.

Most western nations consider Maduro illegitimate after he secured a second term last year in a vote widely viewed as fraudulent. The United States instead says Venezuela`s rightful head of state is opposition leader Juan Guaido, who Maduro accuses of seeking a coup.