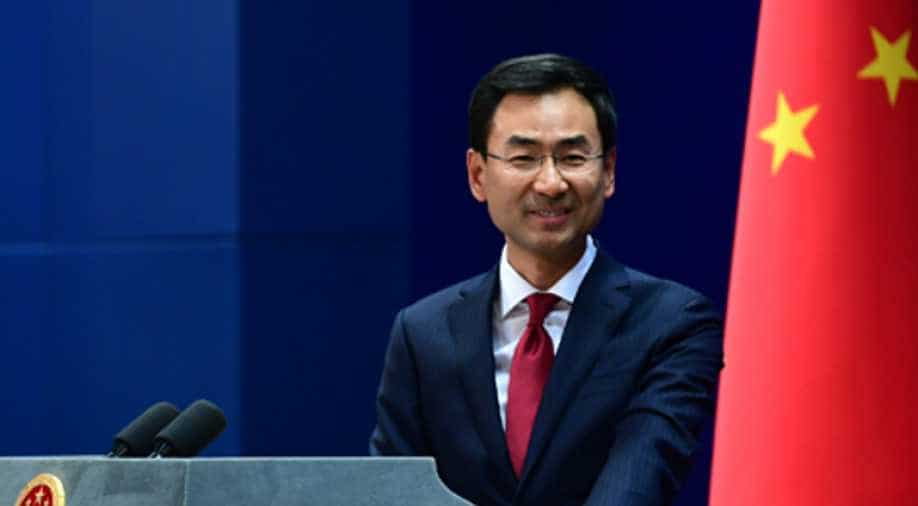 China hit back at the US for criticising its blocking of a UN Security Council resolution over civilian aid, accusing Washington of "politicising humanitarian issues."

On Saturday US Secretary of State Mike Pompeo described as "shameful" Russia and China blocking the UN resolution, which would have extended for a year cross-border humanitarian aid to four million Syrians.

"To Russia and China, who have chosen to make a political statement by opposing this resolution, you have blood on your hands," Pompeo said in a statement.

China reacted angrily Monday, saying it voted on the basis of "right and wrong".

"We firmly reject the unjustifiable accusations made by the US side on China's voting position," foreign ministry spokesman Geng Shuang said at a regular press briefing in Beijing.

Geng said the US was "politicising humanitarian issues" and "pursuing a typical double standard".

Humanitarian aid currently flows into Syria through UN-designated checkpoints in Turkey and Iraq without the formal permission of the regime in Damascus, but that authority is due to expire on January 10.

Germany, Belgium and Kuwait presented a resolution extending that authority for a year, winning the support of 13 council members but drawing the vetoes of Russia and China.

A competing Russian resolution would have granted a six-month extension while reducing the number of UN crossing points, but it failed to get the minimum nine votes.

Russia -- an ally and major supporter of Syrian President Bashar al-Assad -- has used its veto 14 times on Syrian issues since civil war broke out there in 2011.

The resolution failed as tens of thousands of civilians have been fleeing the northwestern Idlib region amid heavy bombardments by Assad's Russian-backed government, in the last bastion of the jihadist opposition.

How Joe Biden became a steady hand amid so much chaos