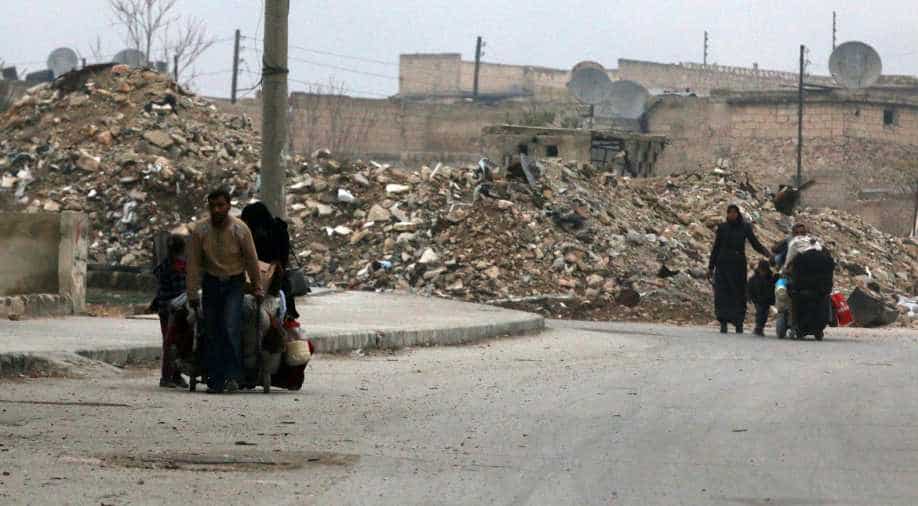 This was the sixth time Russia has vetoed a Security Council resolution on Syria since the conflict started in 2011 and the fifth time China has blocked action. Photograph:( Reuters )

Russia and China on Monday vetoed a UN Security Council resolution that would have demanded a seven-day truce in Syria's Aleppo, with Russia arguing it would allow rebels to regroup and that time was needed for talks between Washington and Moscow.

It was the sixth time Russia has vetoed a Security Council resolution on Syria since the conflict started in 2011 and the fifth time China has blocked action. Venezuela also voted against the text - drafted by New Zealand, Egypt and Spain - while Angola abstained. The remaining 11 states voted in favour.

"These kinds of pauses have been used by fighters to reinforce their ammunition and to strengthen their positions and this will only worsen the suffering of civilians," Russian UN ambassador Vitaly Churkin said of the proposed seven-day truce.

The United Nations says more than 200,000 people might still be trapped in rebel-held areas of Aleppo, which are affected by severe food and aid shortages.

Russia said on Monday it would start talks with Washington on an opposition withdrawal from Aleppo this week as Russian-backed Syrian forces fought to seize more territory from rebels who are struggling to avoid a major defeat.

Churkin argued that action by the Security Council should be postponed to allow time for those talks.

"That is a made-up alibi," Deputy US ambassador to the United Nations Michele Sison told the council.

"We have not reached a breakthrough because Russia has been more focused on preserving its military gains than helping Aleppo's citizens," she said. "We will not let Russia string along this Security Council while waiting for a compromise from the Russians that never seems to come."

British UN ambassador Matthew Rycroft expressed surprise that China had joined Russia in vetoing the resolution, which would have also demanded humanitarian aid access and an end to the violence throughout Syria.

"(Russia and China) have chosen to veto not because of a lack of consultation, but because of their long-standing, misplaced faith in a despot who has killed nearly half a million of his own people," Rycroft said.

Chinese UN ambassador Liu Jieyi said the vote on the draft text should have been delayed to allow for more negotiations to reach council consensus and accused Rycroft of "poisoning" the atmosphere and "abusing" the forum with his remarks.

New Zealand UN ambassador Gerard van Bohemen said the failure to act was "deeply damaging to the council's reputation and catastrophic for the people of Syria."