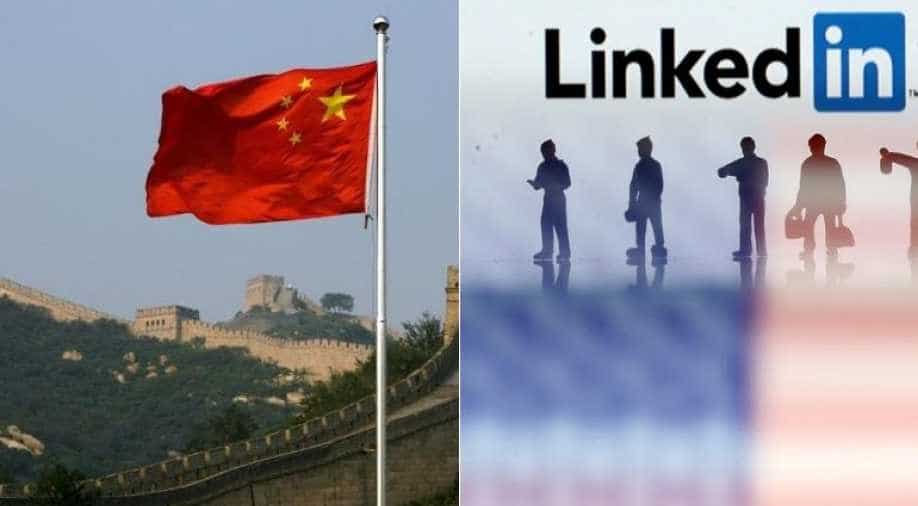 LinkedIn, a US-based site with 645 million users meant to connect professionals has become a breeding ground for espionage.

As China came under fire for using Twitter to tarnish the Hong Kong protests, a report in a US newspaper said the Communist nation has been hiring spies through social networking site LinkedIn.

LinkedIn, a US-based site with 645 million users meant to connect professionals has become a breeding ground for espionage, the New York Times said in its report.

The company owned by Microsoft is the only major US social media site not banned in China.

Intelligence agencies in Britain, France and the US have warned about covert Chinese activities and hiring through LinkedIn.

Chinese agents often make offers over various channels, including LinkedIn, to bring the prospective recruit to China, sometimes through the guise of a corporate recruiting firm, the report revealed.

The NYT report stated that some LinkedIn accounts vanished mysteriously after it was found to be a covert account of the Chinese.

The report quoted William Evanina, director of the US National Counterintelligence saying that instead of sending a spy to America, China now finds it convenient to recruit through a friend request using fake profiles on LinkedIn.

Almost all social media sites in recent years have struggled to detect fake accounts. Twitter last week had said it had closed over 900 fake accounts linked to Hong Kong protests which it had tracked to China, a misinformation campaign which was being carried out from the mainland.

The NYT report said LinkedIn is an “ideal” platform for espionage recruitment.

The US newspaper pointed out that “people who have just left the government are especially vulnerable because they are often looking for new employment”.

Not just US officials, the newspaper said French intelligence agencies had told its government that Chinese agents had used LinkedIn to contact 4,000 French individuals.

Similar instances have also been reported by German and British intelligence officials, the NYT report warned.