China holds out carrot ahead of Taiwan election, but few convinced 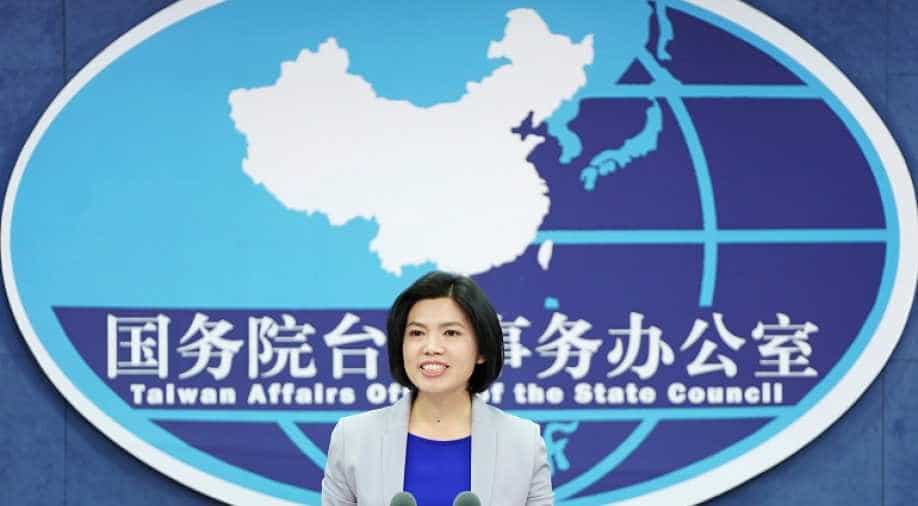 China denies interfering in elections in Taiwan, which Beijing claims as sacred territory, but it traditionally tries various means to influence their result, hoping politicians with a more positive view on China ties get into office.

China is stepping up efforts to be nice to Taiwan ahead of key elections on January 11, offering better treatment to Taiwanese in China and urging the democratic island to "come home", but many there only see Beijing wielding a threatening stick.

China denies interfering in elections in Taiwan, which Beijing claims as sacred territory, but it traditionally tries various means to influence their result, hoping politicians with a more positive view on China ties get into office.

These can range from military intimidation - China fired missiles into the Taiwan Strait before the 1996 election - to what Taiwan's government calls Beijing's manipulation of China-friendly Taiwanese media.

China also wants to ensure that Taiwan's huge business community in China is happy, hoping they will go home to vote for China-friendly politicians.

This month, China unveiled 26 measures to further open its economy to investors from Taiwan, and said Taiwanese abroad could turn to Chinese embassies for consular help.

Dovetailing with those steps has been an unusual Chinese effort at soft power to speak directly to people in Taiwan, a gentler approach after some hostile moves this year, such as a threat of force by President Xi Jinping in January.

Commenting on the 26 measures, Hai Xia, one of the highest-profile news presenters on Chinese state television, appealed for Taiwan to return "home".

"Taiwan's fate is connected with the motherland. Wan Wan, come home," she said on air, employing a diminutive to refer to Taiwan and project a friendly message.

China has not only been using Mandarin, the official tongue on both sides of the Taiwan Strait, but has also deployed Hokkien and Hakka, two languages spoken on the island but whose formal use is not encouraged in China.

On Wednesday, it introduced Zhu Fenglian, a new spokeswoman for its policy-making Taiwan Affairs Office, who voiced warm greetings in both languages at her first news conference.

"I am a Hakka from Guangdong, I'd like first here to say hello to folks in Taiwan," she said, referring to the southern Chinese province while speaking in Hokkien, generally known in Taiwan as Taiwanese.

Many politicians in Taiwan, a rambunctious democracy, have responded vigorously to China's gestures.

Beijing should focus on "giving its own people a bit more freedom", Taiwan Foreign Minister Joseph Wu said on Twitter in response to China's 26 measures, writing in the simplified Chinese characters used in China and not Taiwan.

"Thank you for your concern; the people of Taiwan are already in their own home," independent legislator Hung Tzu-yung wrote on her Facebook page.

China was the "enemy of democracy", Cho Jung-tai, chairman of the ruling pro-independence Democratic Progressive Party (DPP), which has repeatedly warned of the threat China poses, said this week.

Even Taiwan's main opposition party, the Kuomintang, which favours closer ties, has been cautious of being too closely associated with Beijing in an election year.

Commenting on the new measures for Taiwanese in China, the Kuomintang welcomed their beneficial content.

"But if any of these actions belittle the sovereignty of the Republic of China, it must be firmly opposed," it warned, using Taiwan's official name.

"The Kuomintang hopes both sides of the Taiwan Strait will give priority to each other's livelihoods and not hurt the rights and interests of the people on both sides for momentary election considerations."