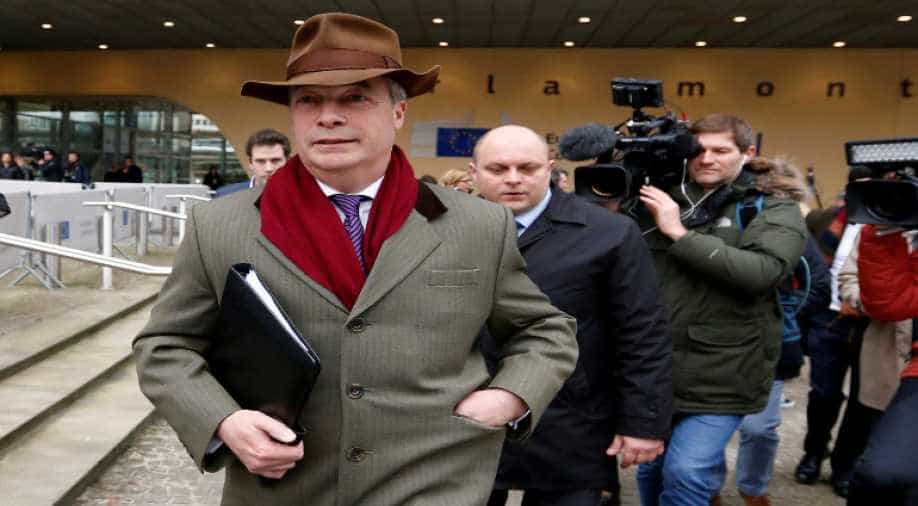 "The Remain side are making all the running," said Farage. "They have a majority in parliament, and unless we get ourselves organised we could lose the historic victory that was Brexit." Photograph:( Reuters )

Brexit campaigner Nigel Farage fears that a vote for Britain to leave the European Union could be overturned by a powerful group of the bloc's supporters.

In an interview with Britain's Observer newspaper, Farage, former head of the eurosceptic UK Independence Party, said a well-organised and funded group of campaigners that wants to remain in the EU was drowning out those who want to leave.

"The Remain side are making all the running," said Farage. "They have a majority in parliament, and unless we get ourselves organised we could lose the historic victory that was Brexit."

Last week, Farage said he was warming to the idea of holding a second vote on Britain's membership of the EU to settle the argument - an idea written off by other Brexit campaigners who urged the government to press on with exit talks with the bloc.

In 2016, Britons voted 52 to 48 percent in favour of ending its membership of the EU. Prime Minister Theresa May has ruled out a second referendum, saying her government was seeking an amicable divorce with the EU which will safeguard the economy and enable Britain to secure trade deals with other countries.

But some Brexit campaigners fear her approach has led to the watering down of several of their demands, including the ability to reduce immigration and to reclaim sovereignty by leaving the jurisdiction of the European Court of Justice.

Several pro-EU campaigners say the need for a second referendum has become more pressing because public opinion is showing some signs of turning against Brexit as the difficulty of negotiations to leave the bloc becomes increasingly clear.

On Thursday, a ComRes poll for the Daily Mirror newspaper of 1,049 adults showed that although more people think there should not be a second referendum (51 to 43 percent), if there were to be a re-run, voters say they would opt to stay in the EU by 55 to 45 percent.