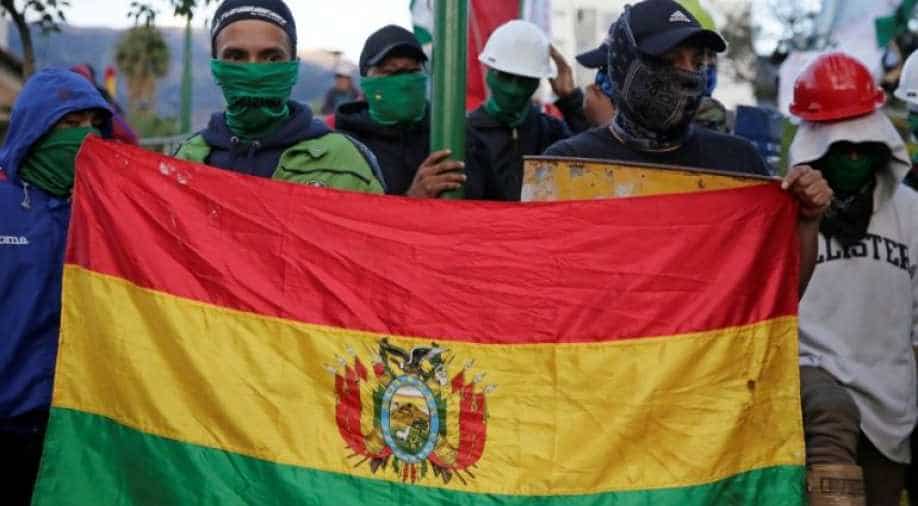 "This anti-terrorist group has a mission of dismantling absolutely all the terrorist cells that are threatening our homeland," Interior Minister Arturo Murillo said during an official ceremony to present the 60-strong force.

Murillo reviewed the ranks of masked, black-clad troops that make up the new force, called the GAT, at the ceremony in La Paz.

The minister said the state had to act to "free Bolivia from these narcoterrorists who have settled in the country in the last 14 years", a pointed reference to ex-president Evo Morales' term in office.

Morales resigned on November 10 amid swelling protests over what political opponents said was his rigging of October 20 elections.

He fled to Mexico the following day after losing the support of the military and police, claiming to be the victim of a coup.

Morales wrote on Twitter that "the coup plotters who attacked power in Bolivia are now inventing incredible stories to blame others for the terror that they themselves are imposing from the state."

"The only terrorist plan they are carrying out is theirs, with blood and fire against all Bolivians."

Her government has blamed foreigners for provoking violent clashes during more than a month of post-election violence in Bolivia that has left dozens of people dead.

Police say an Argentine national arrested and held in the eastern city of Santa Cruz is a former Revolutionary Armed Forces of Colombia (FARC) guerrilla who they say stoked violence there.