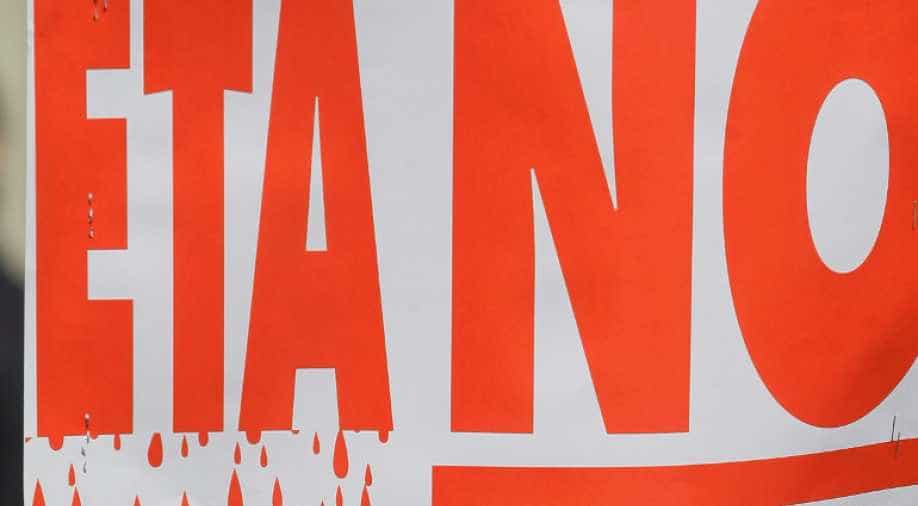 The group is due to formalise its dissolution at an official event later this week. Photograph:( Reuters )

Basque separatist group ETA has completely dismantled all its structures, ending a 50-year guerrilla campaign, it said in a letter dated April 16 and published by the Spanish online newspaper El Diario on Wednesday

Basque separatist group ETA has completely dismantled all its structures, ending a 50-year guerrilla campaign, it said in a letter dated April 16 and published by the Spanish online newspaper El Diario on Wednesday.

The group is due to formalise its dissolution at an official event later this week, drawing a line under an ultimately unsuccessful drive for an independent state in northern Spain and southern France that killed around 850 people.

"ETA has completely dissolved all its structures and ended its political initiative," said the letter, which El Diario said had been sent to several Basque organisations.

ETA (Euskadi Ta Askatasuna, or Basque Country and Freedom) declared a ceasefire in 2011 and handed over weapons in April 2017, bringing Western Europe's last major armed insurgency to a close.

These decisions were aimed at "shaking off the situation of the last decades and building a future from a new starting point," ETA said in the letter, which followed an apology it made to its victims last month.

The final chapter in the gradual demise of ETA, which was formed in Madrid in 1959 by students angry at the repressive dictatorship of General Francisco Franco, was met with some relief but also resentment.

"I don't believe in the end of ETA because there are lots of deaths that haven't come to light, lots of murders that have never been cleared up, lots of victims who have not been compensated," said Carmen, an economist who lives in the Basque city of San Sebastian, declining to give her surname.

"I don't think anyone, from ETA or anywhere, has the right to kill anyone else."

Violence escalated in the 1960s and Franco's regime responded in kind, as the group assassinated politicians and officials as well as bombing public places.

Attacks including a 1987 car bomb at a Barcelona supermarket, which killed a pregnant woman and two children, horrified people in Spain and abroad, and effective crackdowns by Spanish and French police weakened ETA.

"We will never turn a blind eye to these terrorists and we will never bow down. They should know that they will need to pay for their guilt and there will be no impunity. Before and after this statement, they will be pursued wherever they are," he said.

Polls on support for independence vary, but one carried out in November by the university of Deusto showed just 14 percent of people in favour.

While ETA is now consigned to history, the letter said, the drive for Basque independence would continue.

"The conflict did not start with ETA and it does not finish with the end of ETA's journey," it said.