Suu Kyi to be stripped of freedom of French capital award: Paris mayor 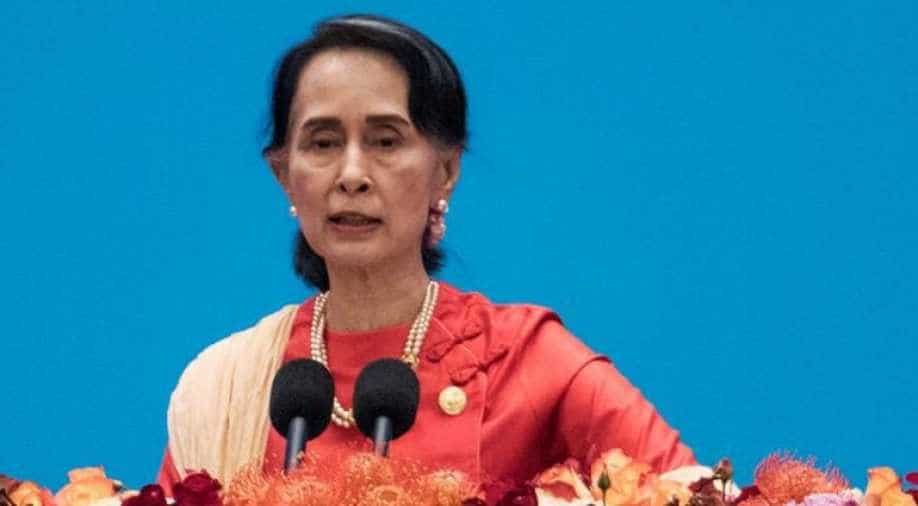 Aung San Suu Kyi  has already been stripped of her honorary Canadian citizenship and her Amnesty International's "Ambassador of Conscience Award".

Paris city will strip Aung San Suu Kyi of her honorary freedom of the French capital over her failure to speak out against a crackdown on Myanmar's Rohingya minority, a mayor's spokeswoman said Friday.

Mayor Anne Hidalgo decided to revoke the honour because of the "multiple violations of human rights recorded in Myanmar and the violence and persecution by Myanmar's security forces against the Rohingya minority," the spokeswoman told AFP.

The move, which follows similar decisions by Glasgow, Edinburgh and Oxford, would make Myanmar's de facto leader the first person to lose the freedom of the French capital, a purely symbolic award.

The move will be finalised by the city council at a meeting in mid-December, the spokeswoman said.

Nobel peace laureate Suu Kyi, once feted as a democracy icon in the mould of Nelson Mandela for leading opposition to Myanmar's military junta, has fallen out of favour in the West over her inaction in the face of the crackdown on the mostly Muslim Rohingya.

A UN rights team found evidence of widespread murder, rape, torture and arson and called for top generals to be prosecuted for genocide, war crimes and crimes against humanity.

Hidalgo's office said the mayor wrote to Suu Kyi late last year to "express her concern and call for respect for the rights of the Rohingya minority", but that the letter went unanswered.

Suu Kyi's supporters argue that she has no powers to rein in the army.

She has already been stripped of her honorary Canadian citizenship and her Amnesty International's "Ambassador of Conscience Award".