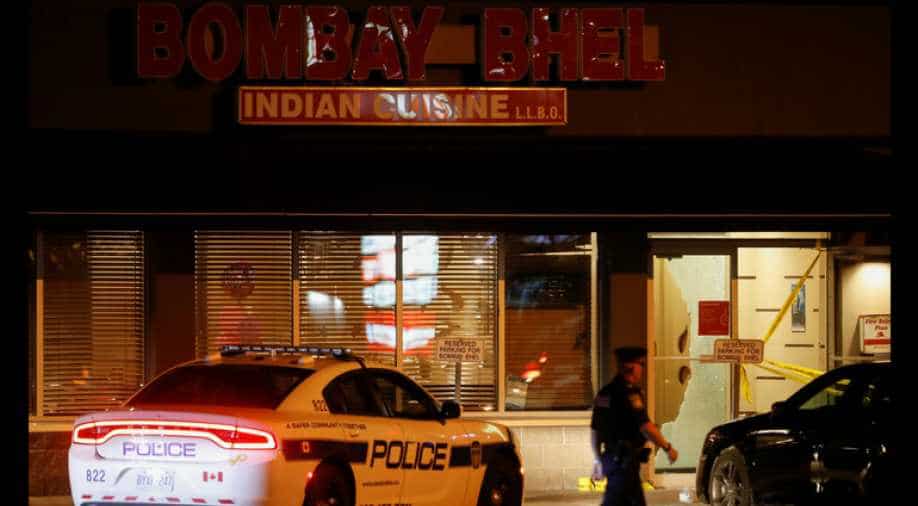 Over dozen people got injured in an explosion on Friday which occurred in an Indian restaurant in Mississauga city in the Ontario province.

According to initial media reports, at least 15 people have been injured out of which three are in critical conditions.

The blast occurred in The Bombay Bhel restaurant in Mississauga.

According to a report by Reuters, the bomb was set off by two unidentified men.

The two male suspects went into the restaurant and detonated their improvised explosive device, Peel Regional Police said in a Tweet. The men then fled.

The Police has also posted a photograph on Twitter showing two people with dark zip-up hoodies walking into an establishment with one of them appearing to be carrying an object.

No one has claimed the responsibility for the attack by now.

The Plaza area around the restaurant has been sealed, police have confirmed.

Further details of the incident are awaited.

In April, a driver ploughed his white Ryder rental van into a lunch-hour crowd in Toronto, killing 10 people and injuring 15.

2 suspects attended the scene, detonated an Improvised Explosive Device within the restaurant. Several injured were taken to local hospital and 3 in critical condition were taken to a Toronto Trauma Centre. pic.twitter.com/yzCT59UVN6