Anne Frank may have been caught 'by chance', not betrayed 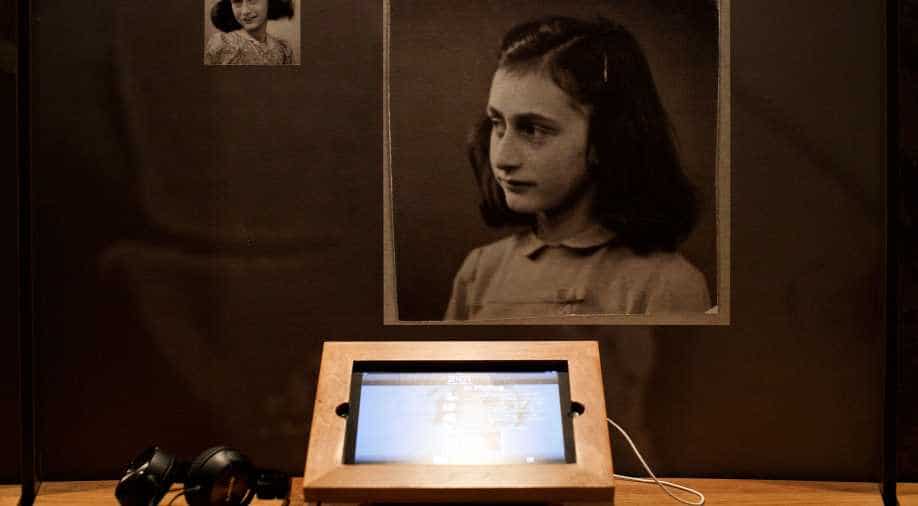 It was commonly assumed that?Frank, her parents and sister, as well as four others, were betrayed by an acquaintance to Nazi authorities. In photo: An iPad with interactive features used to educate people about her story. Photograph:( Getty )

Anne Frank may have been discovered "by chance" and not because she was denounced to Holland's Nazi overlords by unknown betrayers as long thought, the museum in her honour says.

New research suggests that the August 1944 police raid in which Frank was arrested may have actually been staged to investigate illegal activity taking place elsewhere in the building.

"The question asked has always been 'Who betrayed Anne Frank and the people in hiding?'" the Anne Frank House said in a statement published Friday.

But at 263 Prinsengracht in Amsterdam, where Frank and seven others went into hiding in a secret upstairs annexe, "illegal work and fraud with ration coupons was also taking place".

"The current research study provides a different perspective: it is possible that the SD (Sicherheitsdienst, or German Security Service) searched the building because of this illegal work and fraud with ration coupons, and that the SD investigators discovered Anne Frank and the seven others in hiding simply by chance," said the museum, which is housed in the same building and dedicated to preserving Frank's memory.

"The Anne Frank House's new investigation does not refute the possibility that the people in hiding were betrayed, but illustrates that other scenarios should also be considered," said Ronald Leopold, its executive director.

"The Diary of a Young Girl," which Frank penned while in hiding from June 1942 to August 1944, is one of the most famous testimonies of life in the Second World War and the most famous diaries of all time.

It has sold more than 30 million copies in 67 languages.

The Jewish girl, who was born in Germany before her family emigrated to the Netherlands, died in the Bergen-Belsen concentration camp in Germany in early 1945, aged 15, less than a year after her capture and just before the end of World War II.

Her father, Otto Frank, was the sole survivor of the war among the eight inhabitants of the secret annexe.

It was commonly assumed that Frank, her parents and sister, as well as four others, were betrayed by an acquaintance to Nazi authorities -- with fictionalised accounts sometimes referring to an anonymous phone call.

But researcher Gertjan Broek honed in on details from Frank's diary about two men who worked in the building illegally trading in ration cards, and who had been arrested in March 1944 for it. Broek said that activity "obviously ran the risk of attracting the attention of authorities".

Broek found other discrepancies that call into question whether the police were specifically hunting for hidden Jews, calling his inquiry "a first step in thinking more broadly about the raid on the 'Secret Annexe'.

"Hopefully it will also inspire other researchers to pursue new leads. Clearly, the last word about that fateful summer day in 1944 has not yet been said," he wrote.