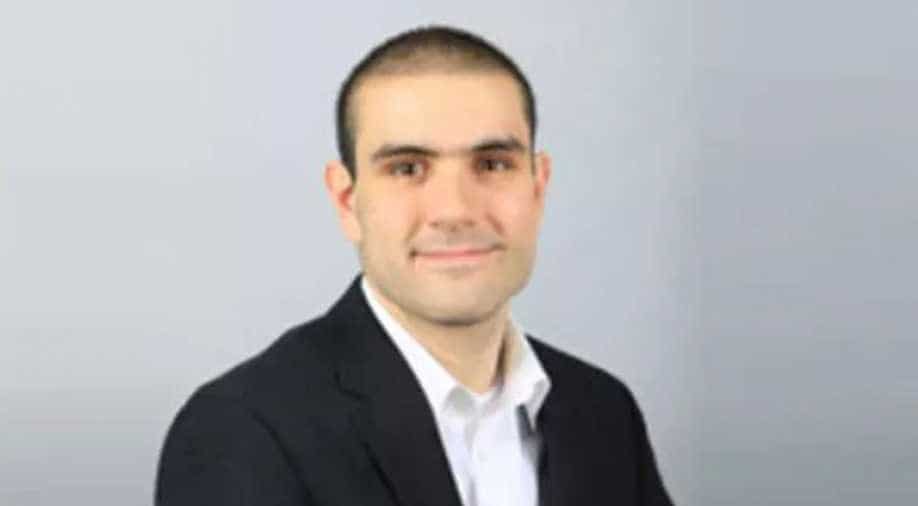 Minassian's Facebook post also voiced admiration for a man who killed six college students before taking his own life in California in 2014 and who cited the 'cruelness of women' for his virgin status. (Image source: LinkedIn) Photograph:( Others )

The man accused of plowing a rental van into pedestrians on a crowded Toronto sidewalk, killing 10 people in Canada's deadliest mass killing in decades, left a "cryptic message" on social media before his attack, police said on Tuesday.

Suspect Alek Minassian, 25, was charged with 10 counts of murder and 13 counts of attempted murder in the incident.

One possible clue to his motive emerged on Tuesday as Facebook confirmed Minassian wrote a post before the incident that referenced an "incel rebellion." The term is shorthand used in some online message boards for "involuntary celibacy", a loose social media movement of men who blame women for their celibacy.

Canadian authorities have declined to say whether anger toward women had motivated the attack.

The post also voiced admiration for a man who killed six college students before taking his own life in California in 2014 and who cited the "cruelness of women" for his virgin status.

"The accused is alleged to have posted a cryptic message on Facebook minutes before" the attack, Graham Gibson, a Toronto police detective sergeant, told a news conference. The majority of the victims were women, ranging in age from their mid-20s to early 80s, Gibson said.

He said the question of whether the attack was driven by anger against women was "going to be part of our investigation."

Facebook has since deleted Minassian's account, a representative said. "There is absolutely no place on our platform for people who commit such horrendous acts," she said in an email.

Minassian kept his shaved head down during a brief court appearance in Canada's largest city, speaking quietly with a defence lawyer and stating his name in a steady voice when asked to do so.

The incident had the hallmarks of deadly vehicle assaults by Islamic State supporters. Prime Minister Justin Trudeau said there was no reason to suspect any national security connection.

Trudeau called on all Canadians to stand united with Toronto as flowers and scrawled messages in multiple languages piled up at a makeshift memorial in the city's north end, an ethnically diverse neighbourhood of towering office buildings, shops, restaurants and homes.

"We cannot as Canadians choose to live in fear every single day as we go about our daily business," Trudeau told reporters outside of parliament in Ottawa.

The prime minister said the incident had not changed the country's threat level or security preparations for a G7 summit in Quebec in June.

Minassian had briefly served in Canada's armed forces in late 2017 but asked to be voluntarily released after 16 days of training, defence ministry spokeswoman Jessica Lamirande said.

The suspect's two-story red-brick home in a suburb north of Toronto was a crime scene Tuesday, taped off and surrounded by police vehicles. Officers went in and out of the house.

Details about the dead began to emerge on Tuesday, with a South Korean foreign ministry representative saying that two of that country's citizens were killed and one injured in the attack. The representative spoke on condition of anonymity because he was not authorized to speak to the news media.

A Jordanian citizen was also killed, said an official at the country's embassy in Ottawa.

The Canadian Broadcasting Corp identified one of the victims as Anne Marie D'Amico, an employee of asset manager Invesco Canada. In a statement, Invesco confirmed that one of its employees had been killed but did not name her.

It could be days before all the victims are publicly identified, said Ontario Chief Coroner Dirk Huyer said, adding that the extent of their injuries was making some identities difficult to determine.

"It ranges from scrapes and bruises to terrible injuries that I won't get into discussing here," Gibson added.

The drama started at lunchtime on a warm spring day, when the driver drove his vehicle into the crowds. The street was soon covered in blood, empty shoes and bodies.

Last October, eight people died in New York when a man driving a rented pickup truck mowed down pedestrians and cyclists on a bike path. The Islamic State militant group encourages its supporters to use vehicles for attacks.