Amid protests, China's Army to be handed prime harbour in Hong Kong 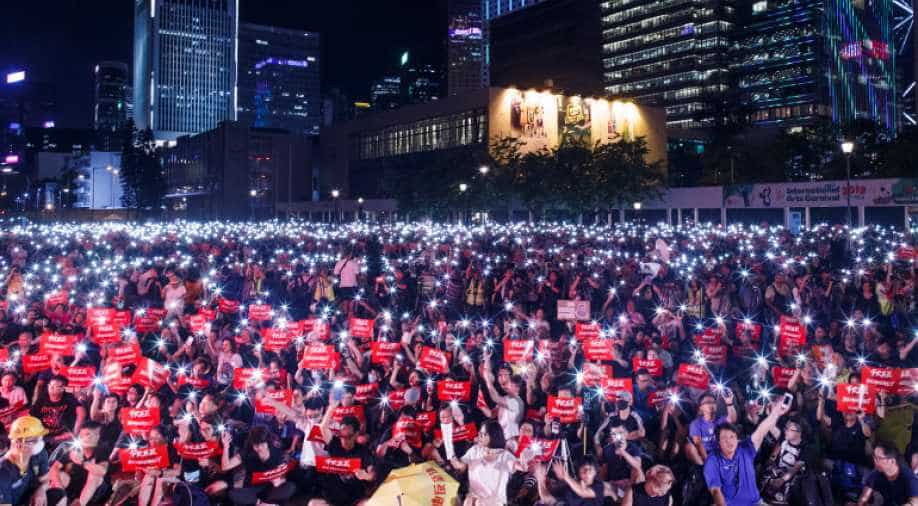 China's People's Liberation Army has a garrison in Hong Kong, but its troops generally keep a low profile and are rarely seen in uniform in public.

The Chinese military will be handed prime Hong Kong waterfront land on Saturday, even as the city is rocked by anti-Beijing protests and just days before the anniversary of its return to China.

Huge rallies have shaken the semi-autonomous territory this month, with demonstrators calling for the withdrawal of a bill that would allow extraditions to the Chinese mainland.

More pro-democracy protests are expected in the coming days, as residents mark the anniversary of Hong Kong's 1997 handover to Beijing's rule.

On Saturday, China's People's Liberation Army (PLA) will automatically be granted control of the Victoria Harbour pier under a 1994 British and Chinese agreement.

The move will mean PLA ships could berth in the harbour, whose backdrop is the city's famous skyline.

The PLA already has a garrison in Hong Kong, but its troops generally keep a low profile and are rarely seen in uniform in public.

A debate over the controversial transfer deal was blocked by a pro-Beijing lawmaker on Wednesday -- quashing the pro-democracy camp's last attempt to stop the transfer.

Hong Kongers plan to demonstrate against handing over the 3,000-square-metre (32,000-square-foot) plot on Friday evening.

"This is surely another issue telling you that the Hong Kong government is not serving Hong Kong people's interests. They just execute orders from Beijing," pro-democracy lawmaker Claudia Mo told AFP.

She said the PLA dock will stir up public anger and boost the turnout in the upcoming annual pro-democracy rallies on July 1.

The proposal had also drawn sharp criticism over the loss of access to valuable open space if the land is converted for military use.

"Although they (government) claim that when it's not for military use, the public will be allowed in to enjoy the space," said Mo.

"But the problem is public land is supposed to be public resources, you couldn't just give it away to Beijing just like that."