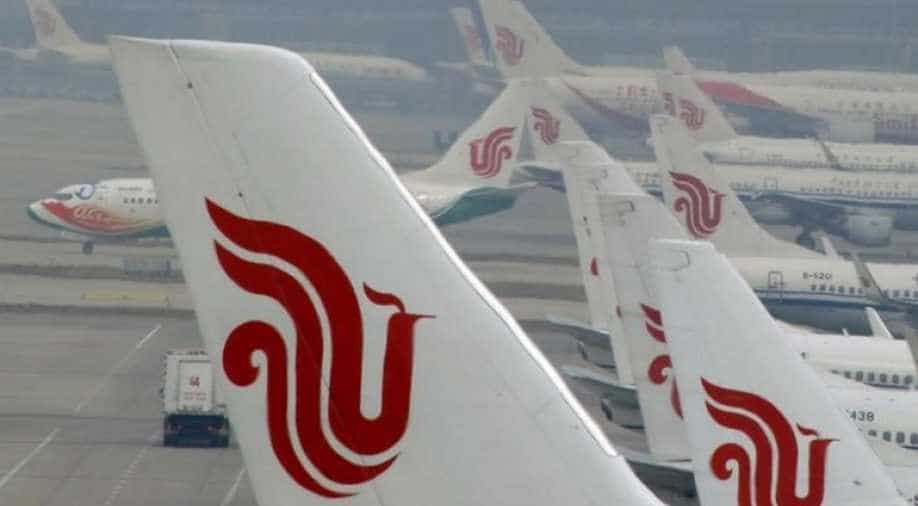 An emergency descent by an Air China aircraft after cabin oxygen levels dropped has been linked to a co-pilot smoking an e-cigarette during the flight, state media said on Friday, citing China's aviation regulator.

The state-backed Air China Boeing 737 aircraft was flying to the Chinese city of Dalian from Hong Kong on July 10 when it dropped to 10,000 feet (3,048 m), with oxygen masks deployed. Then it climbed again to continue to its destination.

Chinese airlines have a good safety record in general, but passengers have, on occasion, accused pilots of smoking during flights. Few such incidents have been confirmed, however.

"In the preliminary investigation, the co-pilot was found to be smoking an e-cigarette," state-owned China News said, citing a news conference by the Civil Aviation Administration of China (CAAC) investigating Tuesday's incident.

"Smoke diffused into the passenger cabin and relevant air conditioning components were wrongly shut off, without notifying the captain, which resulted in insufficient oxygen," it quoted Qiao Yibin, an official of the regulator's aviation safety office, as saying.

China News said the co-pilot had shut off the air conditioning units.

Qiao said the shut-off triggered an alarm, prompting the crew to perform an emergency pressure relief procedure, which then released the cabin's oxygen masks.

The crew realised the problem after the descent and restored the air conditioning, allowing cabin pressure to return to normal, he said.

The CAAC said it was continuing the investigation and was analysing the aircraft's flight data recorder and cockpit voice recorder.

Air China said it would terminate the contracts of the employees involved in the emergency descent incident, and suggested that the CAAC cancel their licences, it said on its official account on China's Twitter-like Weibo on Friday. Air China also said in a previous Weibo post on Wednesday it had a "zero tolerance" approach towards wrongdoing by any crew.

The incident featured heavily on Chinese social media on Friday, with some commentators demanding harsh punishment and revocation of the pilot's flight licence.

China's aviation regulations, which bar flight crew from "smoking on all phases of operation", also banned passengers from using e-cigarettes on flights in 2006.

In 2016, the United States prohibited the use of e-cigarettes on commercial flights.