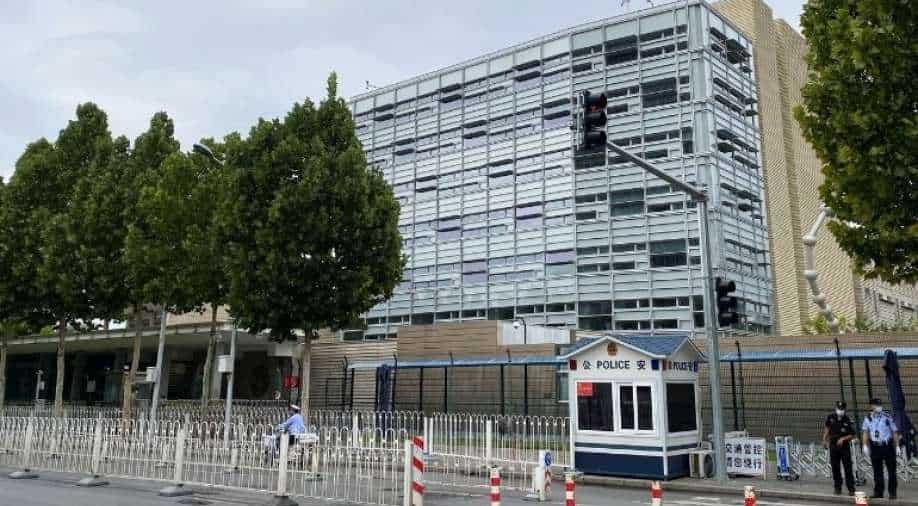 The US government evacuated some 1,300 diplomats and family members from China in the early months of the pandemic. The two governments remained at odds for months over testing and quarantine procedures

Reports indicate that the State Department is preparing to approve the departure of American diplomats and their families from China. Apparently, this is due to the inability of the US government to prevent Chinese authorities from enacting intrusive pandemic control measures, subjecting the Americans to them.

In a report by Reuters, two sources confirmed the US Embassy sent the formal request to Washington on Monday as China stepped up COVID-19 containment protocols ahead of the start of the Beijing Winter Olympics that begin in less than two weeks from now.

The report also mentions that some embassy staff is unhappy that the US government has not protected American officials from strict quarantine measures. Among the rules is the possibility of forcing admission to COVID fever clinics and separation from children.

There is no word from the State Department on whether it approved the embassy's request.

One staff member said approximately 25% of staff and family members of the US Embassy in Beijing plan on leaving China as soon as possible. This is reportedly according to an internal survey conducted by the embassy.

Diplomats could be subject to home quarantine as a baseline requirement and be able to seek treatment at Chinese fever clinics and hospitals on a voluntary basis, this person added, adding that USA should have taken retaliatory measures for such requirements.

According to a second source, US embassy leadership failed to get adequate assurances from China in relation to the treatment of diplomats throughout the pandemic.

The US government evacuated some 1,300 diplomats and family members from China in the early months of the pandemic. The two governments remained at odds for months over testing and quarantine procedures.

In general, China has required that foreign diplomats adhere to pandemic control rules like regular citizens do. This includes weeks of quarantine in government facilities where individuals don't have freedom of movement.

As the opening of the Beijing Winter Olympics approaches on Feb 4, China has stepped up its efforts to stop the spread of COVID, despite flare-ups of the virus still occurring throughout the city.

Two million residents in one Beijing district were set to take part in a new round of tests on Tuesday.

Global Times, China's nationalist tabloid, called the State Department's consideration of the policy a "dirty trick" to sabotage China's hosting of the Olympics.

The United States has led several allied and partner countries in promoting a diplomatic boycott of the Olympics due to what it says is China's ongoing genocide against Uyghurs and other Muslim communities in Xinjiang, its western region.