No food, no pictures: Wedding photographer deletes all pictures after she is denied breaks 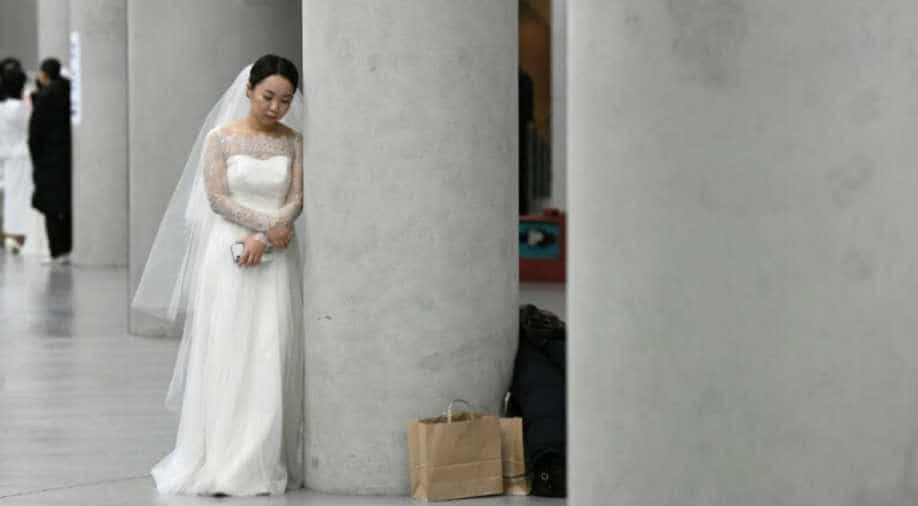 The teachings of the Unification Church are based on the Bible but with new interpretations. While it claims a worldwide following of three million, experts suggest the core membership is far smaller. Photograph:( AFP )

Getting married is a dream and pictures clicked that day serve as lifelong memories. However, not in the worst of thoughts would anyone think that their photographer would intentionally delete all pictures.

But this happened, and it happened for the love of food.

A wedding photographer had one of her worst experiences shooting the wedding as she denied any break during the whole course of the function.

Things crossed line when she was also denied a break to have dinner. So, this angered the photographer and she deleted all the photographs she had clicked that day.

As per a post on Reddit, the photographer was doing a favour to the bride and groom. She shot the wedding function for six hours straight and then requested for a 20 minute break but was denied straightaway by the groom.

"I told the groom I need to take off for 20 min to get something to eat and drink," the Reddit post read. "He tells me I need to either be a photographer, or leave without pay."

However, the photographer did not just give up then. Even though she was shocked at this behaviour, she once again asked the groom if he was serious about it. Sadly, the groom responded in similar fashion, which forced the photographer to take this dramatic step.

"... I asked if he was sure, and he said yes, so I deleted all the photos I took in front of him and took off saying I'm not his photographer anymore," the post reads.

She also explained that she was only to be paid $250 for the whole event which was too less for a 10 hour long event. "I'm not really a photographer, I'm a dog groomer. I take lots of photos of dogs all day to put on my Facebook and Instagram, it’s 'my thing'," she explained.

Woman asks if she can take time off work after breakup. What do you think should there be 'heartbreak leave'?