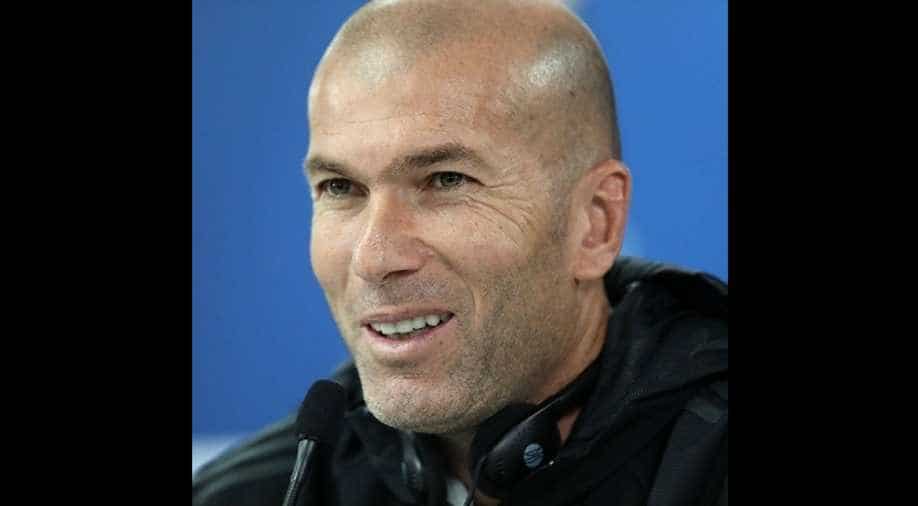 'I want to show that I can also be a good coach in tough circumstances,' Zidane said. Photograph:( Others )

Real Madrid may have ended the year badly, but Zinedine Zidane has been named French coach of 2017 for leading the club to a Liga and Champions League double.

"I want to show that I can also be a good coach in tough circumstances," Zidane said in an article published on Tuesday in France Football magazine, which gives the award.

Real are going through a bad run. They are fourth in La Liga, 16 points behind leaders Barcelona, and they ended 2017 with a crushing 3-0 defeat at home in the Clasico.

Recently, Zidane has commented on his future at Real Madrid, insisting that his achievements as a player do not give him any protection when it comes to his role as manager of a club.

"Today, yes, the danger is there, but I'm not going to change. I am aware that I have in front of me great players who listen to me. Playing football, I know how to do that. So things will sort themselves out in the end," Zidane said.

"Some people may think that everything is always easy for me, that I do everything from instinct, but that's not true! Whether it is as a player or as a coach, I've always worked," said Zidane.

"I'm not protected by what I achieved as a player for this club. Zinedine Zidane is no longer a Real player. That Zidane does not exist anymore. Now it is the coach Zinedine Zidane who must create a career," he concluded.

His side will continue their defence of the Champions League against a French team coached by a Spaniard when Real take on Unai Emery's Paris Saint-Germain in the first knockout round on February 14 and March 6.