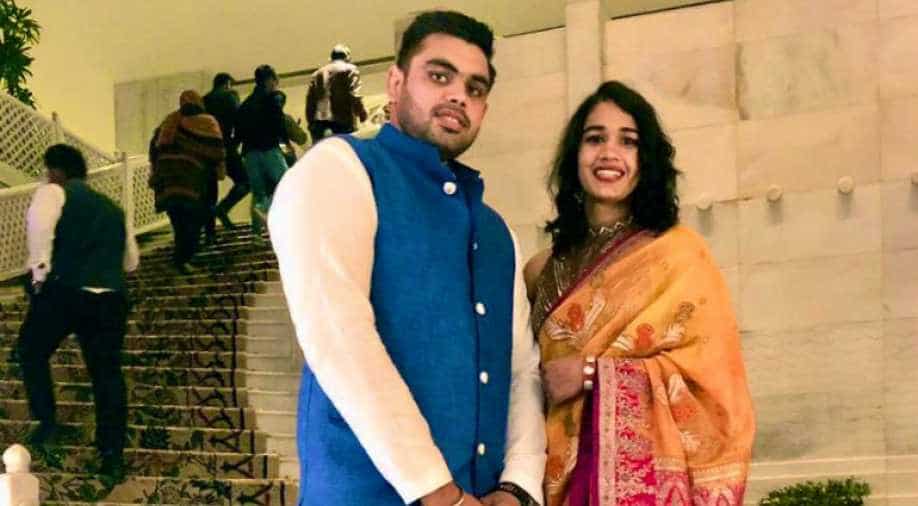 Wrestler Babita Phogat is getting married to Delhi-based wrestler Vivek Suhag. Babita, who has won many accolades at international level, shared a photo of Twitter making it official.

"You always make me feel that I am the luckiest girl in the world," Babita said on Twitter in Hindi.

A day ago, Babita had posted a tweet where her father Mahavir Singh Phogat was seen giving blessing to Suhag. "You know it's official when you get the blessing from my bapu. It's time for Dilwale to take her Dulhaniya," Babita said on Twitter.

@SuhagVivek you know it's official when you get the blessing from my bapu 😄. It's time for Dilwale to take her Dulhaniya 😍😍😍

The couple is expected to tie the knot at the end of this year.

According to his social media profile, Vivek Suhag is a winner of last year's 'Kesari award'.

Babita is the younger of the two famous Phogat sisters, elder being Geeta, on whom the successful Bollywood film 'Dangal' is based.

A bronze medallist at the 2012 World Wrestling Championships, Babita had won yellow metals at 2014 and 2018 Commonwealth Games.