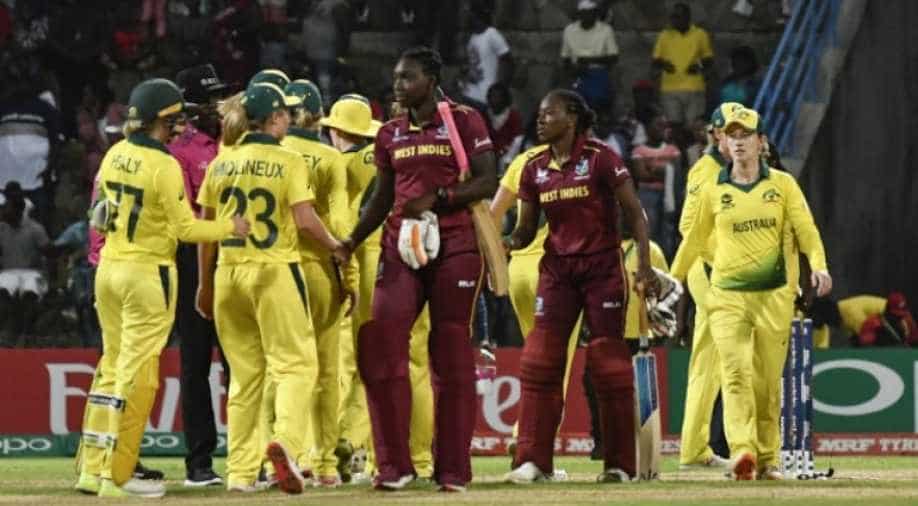 Australia dethroned the West Indies and booked a place in Women's World Twenty20 final with a crushing 71-run victory in the first semi-final.

Australia dethroned the West Indies and booked a place in Saturday's Women's World Twenty20 final with a crushing 71-run victory in the first semi-final on Thursday at the Sir Vivian Richards Stadium in Antigua.

Stunned by the Caribbean side in 2016 final in Kolkata, the three-time champions were at their most ruthless to the dismay of a huge home crowd as they reached 142 for five batting first on a turgid pitch and then routed the West Indies for just 71 off 17.3 overs.

Australia will face the winner of the second semi-final between England and India, being played later on Thursday, in Saturday's championship match at the same venue.

Put in to bat on a pitch where the experienced three-time former champions found free scoring difficult, the Aussies were indebted again to the prolific Alyssa Healy, the opening batter topscoring with 46 to earn her fourth 'Player of the Match' award in five games so far in this tournament.

Is there a more valuable player in cricket right now?@ahealy77 does it with bat, and in the field, scooping her FOURTH Player of the Match award at this #WT20 as the Aussies march into a fifth consecutive final 👏 pic.twitter.com/kCXGYIO2P4

"It was really tricky out there given the fluffiness of the pitch," was her post-match assessment of the conditions. "I felt that once we got past 120 our bowlers would have had a good chance of defending that total."

She had passed a late fitness test after sustaining a concussion in the field during their last group match against India in Guyana five days earlier.

Healy and captain Meg Lanning produced the best partnership of the innings, putting on 51 for the second wicket.

After Healy fell to leg-spinner Afy Fletcher and Lanning was bowled by all-rounder Deandra Dottin, Rachael Haynes struck a flurry of boundaries to reach an unbeaten 25 off 15 balls to give her side a fighting chance against the title-holders.

She was particularly harsh on Dottin, who despite claiming the important wicket of Lanning, conceded 23 runs off two overs at the end of the innings.

West Indian hopes of a strong reply evaporated in the early overs of their innings with openers Hayley Matthews and Dottin dismissed cheaply.

Matthews was run out by wicketkeeper Healy while champion seamer Ellyse Perry accounted for Dottin, adding the scalp of Shemaine Campbelle to finish with the outstanding figures of two for two from two overs.

She was not required by Lanning to return to the attack as the rest of the West Indies batting folded meekly, only captain Stafanie Taylor (16) getting into double-figures as all the bowlers shared in the rout, with seamer Delissa Kimmince and spinner Ashleigh Gardner also taking two wickets each.