Werner's Leipzig 'back on course' for Champions League with Cologne win 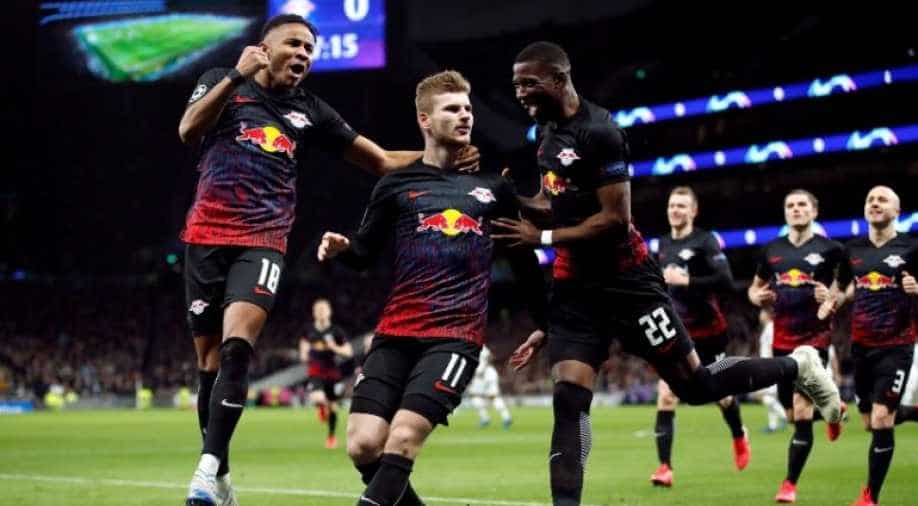 With two minutes remaining Modeste then wasted a one-on-one with Peter Gulasci and Nagelsmann's Leipzig held on for three points.

RB Leipzig returned to third place in the Bundesliga with an entertaining 4-2 victory at Cologne on Monday.

Jhon Cordoba claimed the early advantage for the home side but Leipzig scored four in 37 minutes, including Timo Werner's 31st in all competitions, to climb back above Borussia Moenchengladbach and Bayer Leverkusen in the hunt for a Champions League place.

"We wanted the three points, we succeeded. But it is annoying that we fell behind early and wasted a few chances," Leipzig's managing director Oliver Mintzlaff told broadcaster DAZN.

"We are back on course for the Champions League which is our goal, but the pressure is great. Everyone has to go all in, be totally focused and focused," he added.

The home side took the early lead as Cordoba poached for his 10th home goal of the campaign.

Midfielder Elvis Rexhbecaj's effort deflected onto the far post and the Colombian finished from the rebound after seven minutes.

The sides were level 13 minutes later as Schick headed home Angelino's cross to start the flutter of goals.

Things went from bad to worse for Gisdol's men four minutes later as Cordoba was forced off with an injury and replaced by Anthony Modeste.

Leipzig's took the lead eight minutes from the break as Christopher Nkunku claimed his first goal since January.

- Werner after the break -

Leipzig went further ahead three minutes into the second-half as Werner, who has been linked with a move to Premier League leaders Liverpool, raced clear in a rapid counter-attack and beat Horn with a side-footed finish.

Cologne hit back four minutes later as Leipzig failed to clear outside their area and Modeste curled home a shot.

Leipzig's two-goal lead was re-established less than two minutes later as Spain midfielder Dani Olmo scored his first goal since joining Leipzig in January with a curling shot of his own from the edge of the box.

Substitute Modeste seemed to have won the chance to reduce the advantage with 18 minutes left but was denied a penalty by VAR after Lucas Klostermann's tackle.

With two minutes remaining Modeste then wasted a one-on-one with Peter Gulasci and Nagelsmann's Leipzig held on for three points.