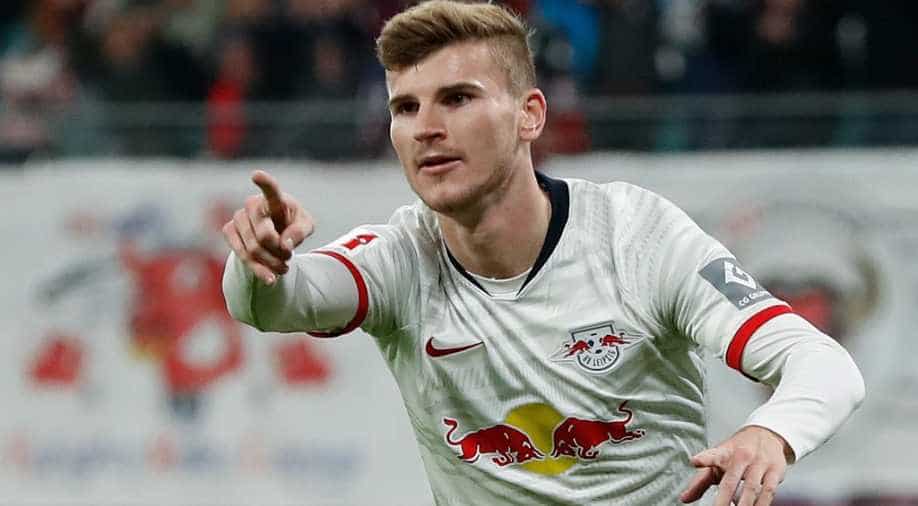 Chelsea-bound Timo Werner opted not to play for RB Leipzig in the Champions League quarter-finals this August, the Bundesliga club revealed Thursday, even though he is ineligible to play in Europe for his new club this season.

Chelsea-bound Timo Werner opted not to play for RB Leipzig in the Champions League quarter-finals this August, the Bundesliga club revealed Thursday, even though he is ineligible to play in Europe for his new club this season.

Earlier in the day, Chelsea confirmed that the 24-year-old Germany international had signed a five-year deal from July 1, which rules him out of playing for former club Leipzig in Europe this August.

Werner, who has scored 32 goals this season, will remain with the German club for their last two league games before the Bundesliga season ends on June 27.

RB Leipzig, who have never previously made the knock-out stages in Europe, are through to the quarter-finals of the Champions League, which would have also been Werner's first appearance at that level.

The quarter-finals, which have yet to be drawn, are due to be held in Lisbon with the final on August 23 in the Portuguese capital.

According to Leipzig, Werner, who scored four goals in eight Champions League games this season, opted not to play for them again in Europe.

"The decision came from Werner's side. We had to accept it as it is," revealed Leipzig's sports director Markus Kroesche.

"Therefore, it was no longer a big issue between the clubs."

His new club Chelsea still need to play their last 16, second leg, against Bayern Munich having been hammered 3-0 at home in the first leg.

However Werner is ineligible, as he was not registered for Chelsea when the second-leg should have taken place in March before games were postponed due to the coronavirus.

Werner's transfer fee of around 60 million euros (£53 million, $67 million) makes him the most expensive German signing from the Bundesliga.

Kroesche explained that Werner turned down the Champions League's quarter-finals in order to settle into his new club.

"He wants to prepare for the Premier League season with Chelsea," explained Kroesche.

"He wants to take his time to come into a new environment."