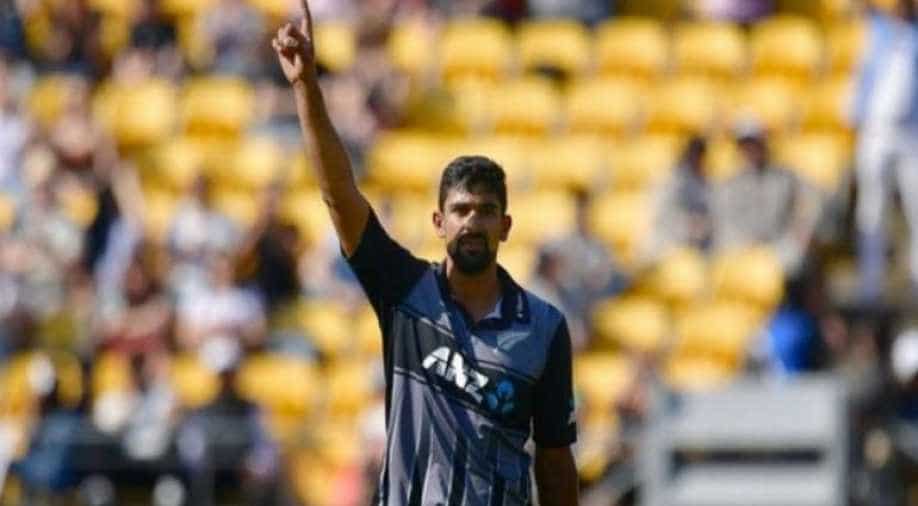 With this win, the Kiwis have leveled the five-match series at 1-1, with three more matches left to play.

New Zealand displayed an all-round performance to defeat England by 21 runs on Sunday in the second T20I of the five-match series here at the Westpac Stadium in Wellington.

With this win, the Kiwis have levelled the five-match series at 1-1, with three more matches left to play.

Chasing 177, England got off to the worst start possible as Jonny Bairstow (0) and the match-winner from the first match, James Vince (1) were sent back to the pavilion with just three runs on the board.

Skipper Eoin Morgan played a cameo of 32 runs off just seventeen balls, but looking to accelerate the innings, he perished as Mitchell Santner sent him back to the pavilion in the fifth over, bringing England to 40/3.

The set batsman Malan (39) was sent back to the pavilion by Ish Sodhi in the 12th over and England had their backs to the wall.

Later, Chris Jordon came out to bat next and smashed 24 runs off Sodhi's over thus enhancing hope of England in the match.

However, as soon as England started to gain an upper hand, Santner sent Jordon (36) back to the pavilion with England still needing 43 more runs for the win.

In the end, New Zealand was able to maintain its composure and they registered a win by 21 runs.

Earlier, Jimmy Neesham's knock of 42 runs off 22 balls just enabled New Zealand to post a score of 176/8 in the allotted twenty overs.

New Zealand lost its first wicket with just 23 runs on the board as Colin Munro (7) was sent back to the pavilion in the third over as Sam Curran dismissed him.

Martin Guptill and Tim Seifert put up a 34-run stand, but their vigil at the crease was cut short in the seventh over as Saqib Mahmood dismissed Seifert (16), reducing Kiwis to 57/2.

Soon after Guptill (41) and Colin de Grandhomme (28) were sent back to the pavilion in the 11th over and New Zealand was left at 96/4.

The Kiwis kept on losing wickets at regular intervals, but Ross Taylor's knock of 28 runs enabled the side to keep the scoreboard ticking.

In the end, Neesham provided the side with some big blows and the Kiwi outfit posted more than 175 runs on the board.

For England, Jordon was the pick of the bowlers as he scalped three wickets.

Both sides will next lock horns in the third T20I on Tuesday, November 5.