Watch: Indian team practice ahead of their campaign opener 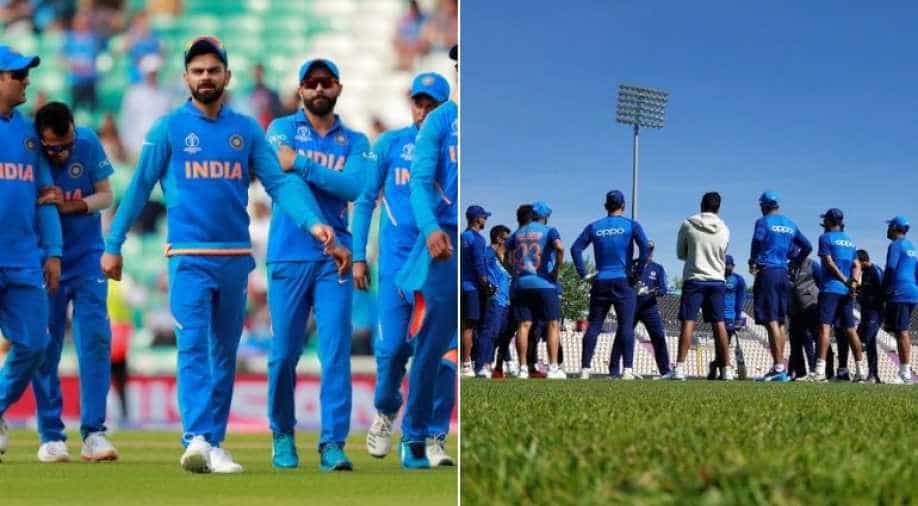 Ahead of their World Cup campaign opener, Team India was seen honing their fielding skills as Yuzvendra Chahal, Jasprit Bumrah and Bhuvneshwar Kumar practised throws and catch including the skipper Virat Kohli and wicket-keeper MS Dhoni.

The head coach Ravi Shastri gave tips to the players and he was present during the practice sessions at the Rose Bowl stadium in Southampton.

India will open their World Cup campaign against South Africa on June 5.

This was the team's second practice session and it lasted for more than three hours.

Apart from enhancing fielding skills, openers Rohit Sharma and Shikhar Dhawan spent time batting in the nets along with KL Rahul, who is almost final to play for India at the number four spot.

Hardik Pandya was seen stretching his back due to some issue but later bowled in the nets.

Pace and spin in tandem in the nets 💪💪#TeamIndia pic.twitter.com/UUKTPwvV7H

Also, Kuldeep Yadav also looked in good shape after he missed the first practice session and bowled to Dhoni in the nets.