Australian Open: Federer struts his stuff, then knuckles down to beat Germany's Struff 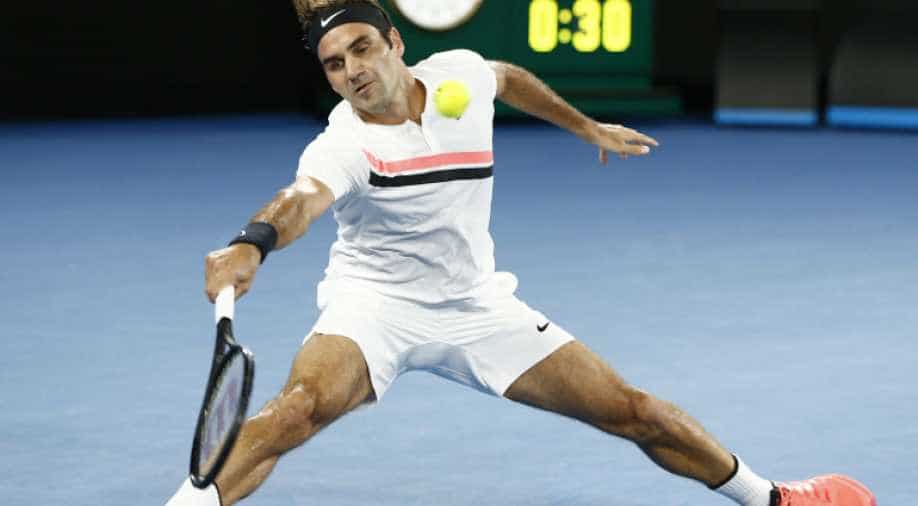 Federer will meet French 29th seed Richard Gasquet for a place in the last 16 as he continues his bid for a 20th grand slam title. Photograph:( Reuters )

Champion Roger Federer escaped the worst of the Melbourne heatwave but had to knuckle down to avoid getting burnt by feisty German Jan-Lennard Struff as he won 6-4 6-4 7-6(4) to reach the third round of the Australian Open on Thursday.

Looking as cool as a cucumber Federer glided through the opening two sets under the Rod Laver lights but was dragged into a scrap in the third as the 55th-ranked Struff went for broke.

The 36-year-old was momentarily knocked out of his stride when he slipped 3-1 down but broke back to take the set into a tiebreak on a steamy night.

Struff saved a match point with a searing backhand down the line but fell on the second when Federer crunched a huge serve into the corner.

Federer will meet French 29th seed Richard Gasquet for a place in the last 16 as he continues his bid for a 20th grand slam title.

Second seed Federer made no apologies for being scheduled to play during the evening session when the temperature, which peaked at 40 degrees Celsius in the afternoon, had dipped to more manageable levels.

"We know it can be very hot here in Australia. I remember the days when we had four days of 40 degrees in a row a few years back. Now we got two," he said.

"It's definitely a challenge. It's hard to prepare for that in some ways. But you know when you come down here that can happen. I'm happy I played at nighttime. But I would back myself playing during the daytime also."

Federer broke the Struff serve in the fifth game when he ripped a forehand past the advancing German.

That proved enough to take the first set and he needed just one break, this time achieved with a rasping backhand pass, to claim the decisive break at 3-3 in the second.

Federer could never truly relax though and Struff broke for a 3-1 lead in the third set with some forceful tennis.

His advantage did not last long though as Federer replied in the next game and from then on Federer assumed control.