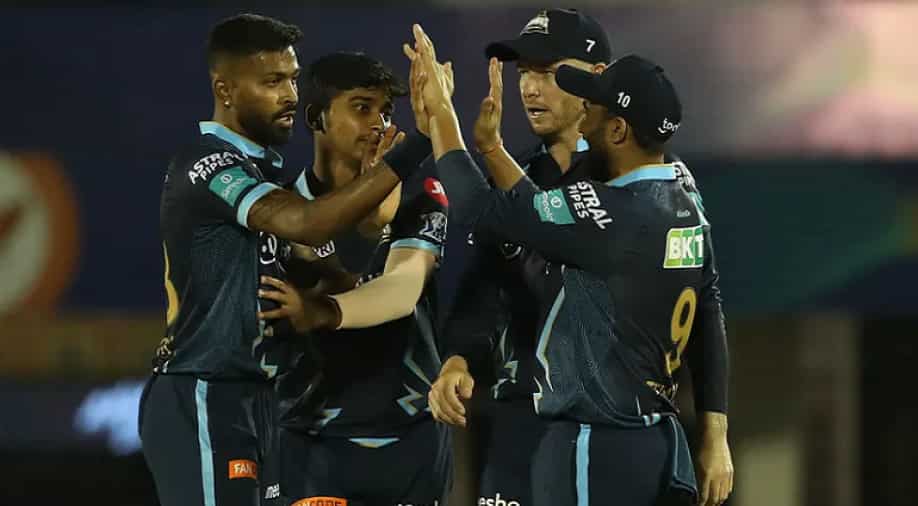 Sunrisers Hyderabad and Gujarat Titans will be looking to continue their winning run when they lock horns at the DY Patil Stadium in Mumbai in the ongoing IPL 2022 on Monday. Here is all you need to know about the game.

Sunrisers Hyderabad bagged their first win of the tournament last week after defeating defending champions Chennai Super Kings (CSK) in their third game of the ongoing Indian Premier League (IPL) 2022. SRH had gotten off to a poor start this season as they lost their first two games in a row before bouncing back to beat CSK in their last outing.

Kane Williamson & Co. would be relieved after pocketing their first points of the season and will be looking to continue their winning run when they take on a high-flying Gujarat Titans (GT) at the DY Patil Stadium in Mumbai on Monday. While SRH have only one win in their first three games so far this season, Gujarat Titans have been unbeaten so far.

The Titans got off to a winning start in the season with a victory against fellow debutants Lucknow Super Giants before defeating Delhi Capitals and Punjab Kings in their next two matches to maintain their perfect record this year. The Hardik Pandya-led side has performed exceptionally well so far this season and have impressed with both the bat and the ball.

In their last game against Punjab Kings, Gujarat Titans found themselves in a spot of bother towards the end in the 190-run chase despite a brilliant knock of 96 off 59 balls from Shubman Gill. However, Rahul Tewatia slammed back-to-back sixes on the final two deliveries of the game with 12 runs to get his team over the line in a stunning manner.

Sunrisers Hyderabad, on the other hand, produced a clinical run chase against CSK as they nailed down the target of 155 runs with 14 balls to spare to thrash CSK by 8 wickets. Opener Abhishek Sharma stole the show with a 50-ball 75 and his return to form will please the SRH team management as the likes of skipper Kane Williamson and Nicholas Pooran are yet to fire this season.

Here is all you need to know about the SRH vs GT clash in IPL 2022:

Shubman Gill's performance will be the key for Gujarat Titans as the opening batter has been in brilliant touch this season. Gill has notched up 180 runs in three matches in IPL 2022 and missed out on a well-deserved hundred in Gujarat's last game against Punjab. He will be looking to get his team off to a good start once against SRH.

Rahul Tewatia and Mohammed Shami have been the stars of Gujarat Titans' season so far in IPL 2022. While Shami has been excellent with the ball in the Powerplay, Tewatia has evolved as a finisher. It will be interesting to see how the duo will go against SRH on Monday.