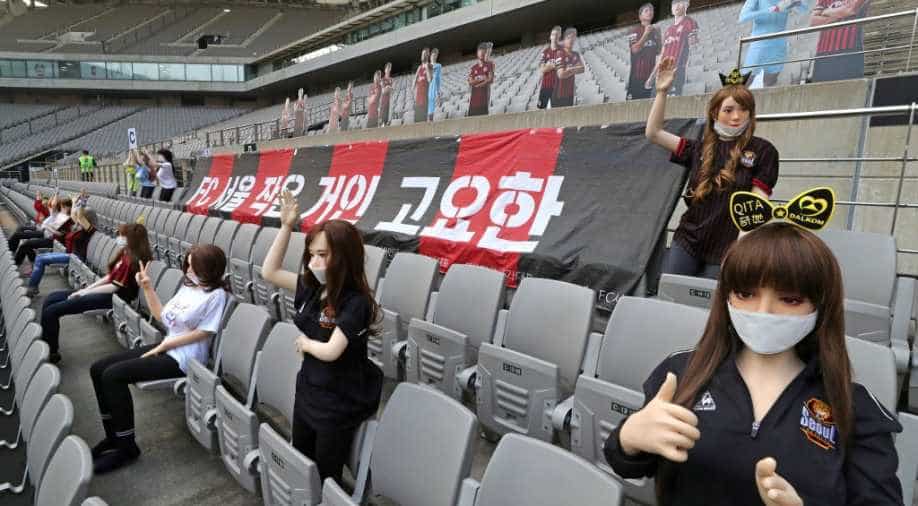 With spectators barred because of the coronavirus, FC Seoul came under fire after dozens of dolls wearing T-shirts or holding placards with the logo of a sex-toy seller appeared at Sunday's game.

The incident made headlines around the world.

After reviewing the case, the K-League accepted FC Seoul's claim that it did not know the mannequins were sex toys, but said it "could have easily recognised their use using common sense and experience".

"The controversy over this 'real doll' incident has deeply humiliated and hurt women fans (and) damaged the integrity of the league," it said in a statement late Wednesday, handing down the largest fine in its 38-year-history.

FC Seoul accepted the decision, apologised and promised to prevent a repeat.

Reports say a mannequin distributor approached the K-league offering to provide its products to fill empty stands for free, and was introduced to FC Seoul.

The team said it had asked the police to investigate the provider.

The K-league's new season kicked off without spectators on May 8 after being postponed for more than two months because of the coronavirus pandemic.

Clubs have used cardboard cutouts, placards and banners to fill up the stands, but fans were not impressed with the sex dolls.

"I wonder how they even came up with this bizarre idea. This is an international disgrace," said one online critic.

Another fan added: "FC Seoul turned its stadium into a X-rated zone."