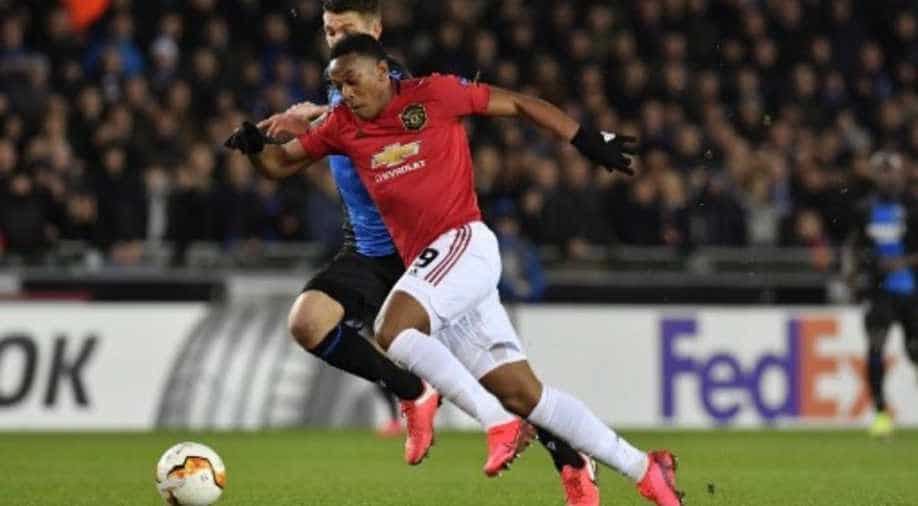 Manchester United manager Ole Gunnar Solskjaer has praised Anthony Martial for working on his physique as the French forward enjoys a career-best campaign at Old Trafford.

Manchester United manager Ole Gunnar Solskjaer has praised Anthony Martial for working on his physique as the French forward enjoys a career-best campaign at Old Trafford.

Martial scored his 23rd goal for United in all competitions this season against LASK Linz in Wednesday’s Europa League last-16 victory.

“Anthony has made huge strides this season in many aspects of his game,” Solskjaer told an eve-of-match news conference ahead of Monday’s Europa League quarter-final clash with Copenhagen in Cologne.

“Physically, he is at the best level of his career. We know he can do worldies but I like him scoring the simple goals, when he is in between the posts. He’s done that a few times.

“He’s in the gym a lot working on his fitness and strength. I’m just looking forward to seeing him improve. There’s more to come from him.”

United arrived earlier on Sunday for the remainder of the Europa League tournament, which will feature one-match knockout ties at different German venues, culminating in the final, also in Cologne, on Aug. 21.

Solskjaer, who has already guided United to Champions League qualification with a third-placed finish in the Premier League, said the end-of-season event will aid his side’s development.

“We went into this season knowing that Europa League is a great chance for us to get a trophy, to get far in a tournament,” he added.

“But also to groom a few of the youngsters and it was perfect for us.

“I think if we’d been in the Champions League, I maybe wouldn’t have had the chance to play the likes of Brandon (Williams), Mason (Greenwood), so many of the young kids who have now started what’s going to be fantastic careers.”