Santhi Soundarajan: Silver lining after a decade in wilderness 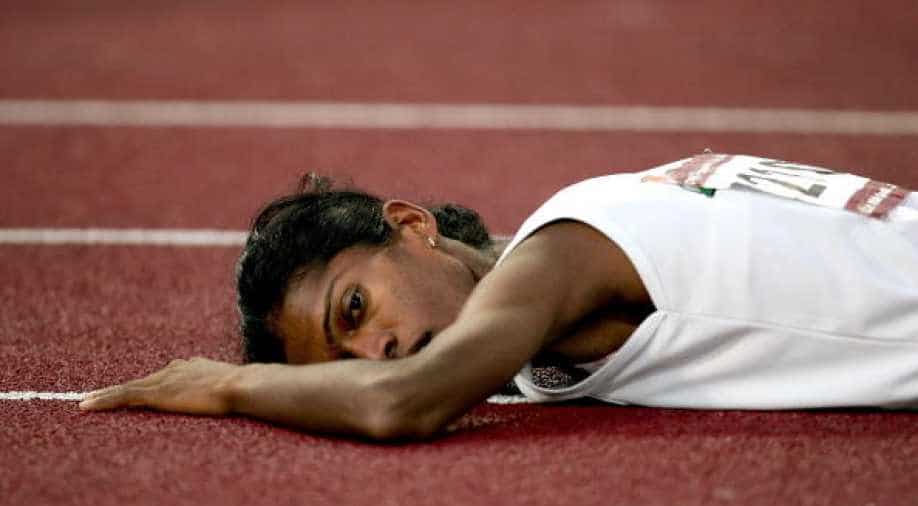 Down but not out: Santhi Soundarajan faced a harrowing time after she was stripped of her Asian Games silver medal for failing a gender test. Photograph:( Getty )

Santhi Soundarajan was in the wilderness for ten years after she failed a gender test.

In 2006, Soundarajan was the toast of the nation after winning an Asian Games silver medal in the 800m event. But the euphoria was shortlived as she was stripped of her medal when she was diagnosed with hyperandrogenism, a medical condition characterised by excessive male hormones.

For the next decade, she languished in the heart of darkness -- she tried to end her life, saw her prize money not being disbursed by the government and was denied a job under the sports quota. Until the high court stepped in.

On 29 July 2015, The Madras High Court directed the state government to consider Soundarajan's plea for relaxation in educational qualifications and help her become a coach.

Fast-track five months, Soundarajan received the news that the government has given her a coaching job at the state sports development authority.

"I'm very happy that they have given me a job offer. I would like to thank the Tamil Nadu government and the Sports Development Authority of Tamil Nadu. I would be coaching women athletes. I will start working from Thursday onwards," said the elated athlete, who won 12 medals at the international level.

"I thank everyone who stood by me in trying times," The News Minute quoted her as saying.

Soundarajan's case underscores gender insensitivity in India's sports fraternity. Not only was she shunned by the administration, she was perilously close to the subsistence minimum level all these years despite the multiple accolades she won for the country.

In sharp contrast, the celebrated middle-distance runner from South Africa, Caster Semenya, was vociferously backed by her country when she failed a similar gender test. The support was so overwhelming that she was given the prestigious responsibility of being her country's flag-bearer in London 2012.

Last month, Soundarajan tweeted: "No woman should undergo what i (sic) underwent. I was humiliated on world stage, my country did not stand for me but I love my country for no reason."