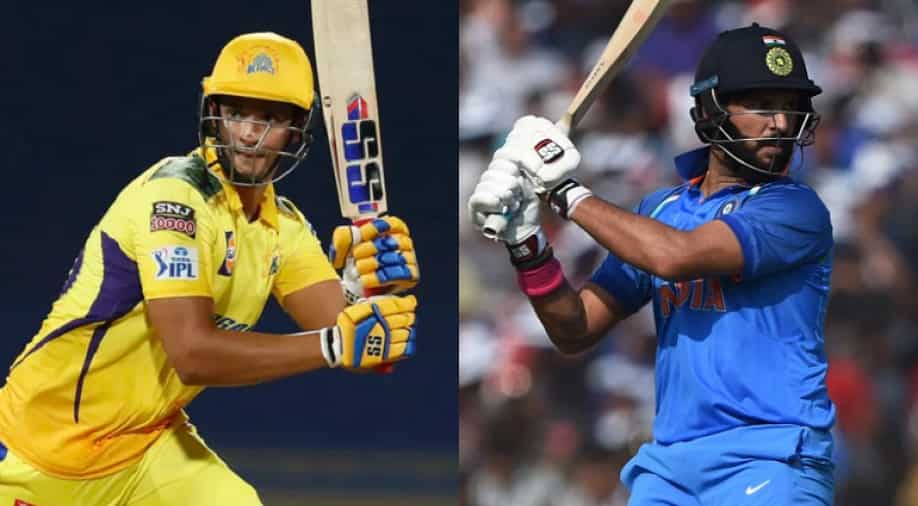 Shivam Dube was one of the heroes for Chennai Super Kings (CSK) in their first win of the ongoing Indian Premier League (IPL) 2022 against Royal Challengers Bangalore (RCB) on Tuesday (April 12). Dube was in sensational touch as he slammed a brilliant knock of unbeaten 95 runs off just 46 balls laced with five fours and eight sixes taking the RCB bowlers to the cleaners.

He was sent out to bat at number four when CSK were reeling at 36/2 in the seventh over after losing Ruturaj Gaikwad and Moeen Ali cheaply. The hard-hitting left-hander went after the bowlers right from the start of his innings and launched a carnage with the bat at the DY Patil Stadium in Mumbai.

He combined with Robin Uthappa (88 off 50 balls) to post a record 165-run stand for the third wicket and helped CSK post a massive total of 216 runs on the board. While he was aggressive against the spinners particularly, Dube smashed Josh Hazlewood for a couple of sixes in the 20th over of CSK's innings.

The left-hander earned high praise from all corners for his stunning knock. Former India cricketer Sanjay Manjrekar also lauded the CSK all-rounder and compared him to the legendary Yuvraj Singh. Manjrekar was left impressed by Dube's ability to slam a fullish delivery from Hazlewood for a six while sitting deep in the crease in the last over.

“Hazlewood got it right, bowled it full and Dube was deep inside his crease. And to get that kind of elevation is almost impossible. He’s got this natural gift of hitting the ball a long way, Yuvraj Singh had it, Shivam Dube has it,” Manjrekar said on ESPNcricinfo.

“He’s also looking a little fitter and leaner, maybe stronger. And that shot off Wanindu Hasaranga, there was nothing wrong in that delivery, just about short of a length because he didn’t want to pitch it right up, but Dube went on the backfoot and hit it a long distance,” he stated.

“Those two shots tell you this guy is not just a hitter, he hits some incredible shots. That’s why this innings has been able to overshadow another fantastic innings that we saw,” he added.

Dube has been in brilliant form for CSK this season and has so far notched up 207 runs in five matches for the defending champios. He is the second-highest run-getter in IPL 2022 at present and has been striking at a brilliant 176.92. After losing four games in a row, CSK bagged their first win of the season against RCB on Tuesday and will be hoping to continue their winning run in the upcoming matches.