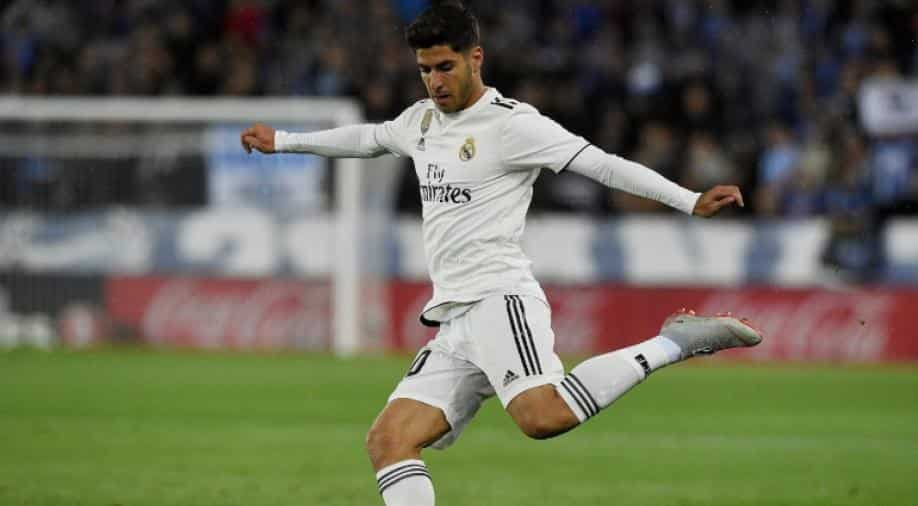 'This is a very tough moment and it's clear that the coach is the first person responsible,' said Real Madrid's coach Julen Lopetegui.

Real Madrid's miserable run of results sank to a new low as they slid to a shock 1-0 La Liga defeat at Alaves by conceding a goal deep in stoppage time on Saturday, marking their longest run without scoring in over 33 years.

Veteran midfielder Manu Garcia headed home after the ball hit the crossbar following a corner in the fifth minute of added time to send the raucous home crowd into ecstasy as Alaves climbed to third in the standings.

The triple European champions had been shackled by Alaves for most of the match and they were fortunate not to concede late in the second half before Garcia struck when Alaves's Jony fired narrowly wide on the break.

Alaves were the fourth team in a row to stop Real scoring and coach Julen Lopetegui will face further scrutiny with this defeat, which followed a 1-0 loss at CSKA Moscow in the Champions League, a 3-0 thrashing at Sevilla and a goalless draw with Atletico Madrid.

"This is a very tough moment and it's clear that the coach is the first person responsible," Lopetegui told a news conference.

"Sometimes things go your way and other times they don't, the important thing is that the players stick together and we will start scoring again."

Real are still joint top of the standings with 14 points after eight games but they could drop down to fourth if leaders Barcelona, Sevilla and Atletico Madrid all win on Sunday.

Alaves, whose fortunes have been transformed since coach Abelardo Fernandez took over last December when they were fighting against relegation, rose to third, level on points with Real and Barca.

Since Abelardo became coach, only Real, Barcelona and Atletico have taken more points than them in La Liga.

Embattled Real boss Lopetegui made five changes to the team that limped to defeat in Moscow, recalling Sergio Ramos and Gareth Bale while leaving out Marco Asensio.

Lopetegui was forced to take early action in the second half due to an injury to Karim Benzema, bringing on centre forward Mariano Diaz which briefly led to Real playing a more direct game.

The former Spain coach also had to take off Bale later in the game, replacing him with Brazilian teenager Vinicius Jr, and earlier he had withdrawn defensive midfielder Casemiro for Spain forward Asensio in a desperate bid to find a goal.

Alaves continued to snaffle out any danger, though, and when the deadlock was finally broken it was down the other end off the head of Garcia, who turned the visitors' frustrations into despair.

"We had to make changes because we had injuries, to Karim and Gareth. All negative factors are piling up on us," added Lopetegui.

"We have to pick ourselves up and the international break will serve us well because we have a lot of important players who are not fit."

Alaves coach Abelardo, was delighted with his side's first home win over Real since 1931.

"It's the dream victory because we scored so late and they couldn't even take kick off," he said.

"This victory takes us to 14 points and that's something tremendous, and it's magnified by the size of the team we have beaten."