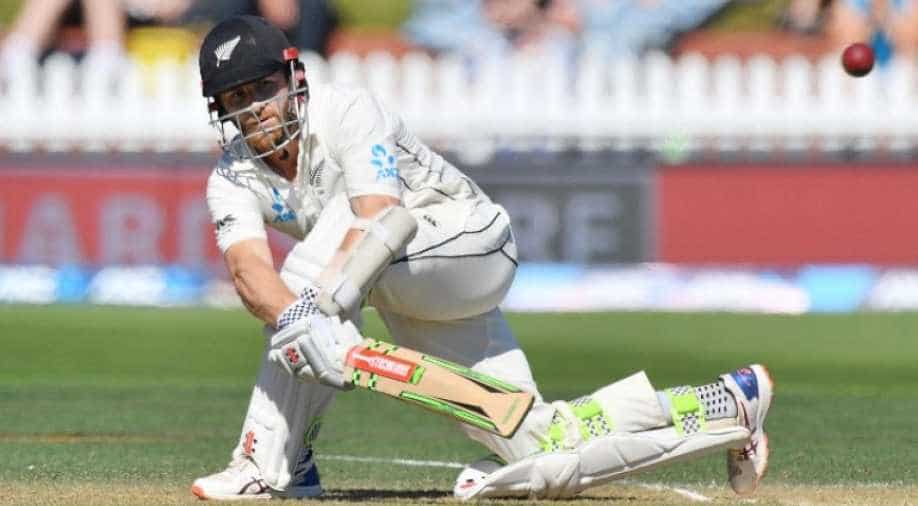 Williamson scored 91 as he and Tom Latham combined for 162 runs to drive New Zealand to 311 for two at stumps on the second day of the first Test against Sri Lanka at the Basin Reserve.

New Zealand captain Kane Williamson provided a batting masterclass against Sri Lanka in Wellington on Sunday to keep up his chase of Virat Kohli to become the world's top Test batsman, just as the Indian skipper was showing his class in Perth.

Williamson scored 91 as he and Tom Latham combined for 162 runs to drive New Zealand to 311 for two at stumps on the second day of the first Test against Sri Lanka at the Basin Reserve.

Latham was unbeaten on 121 at the close of play, having notched his seventh century after playing the anchor role for the hosts and helping them to a 29-run first innings lead with eight wickets remaining.

Ross Taylor was 50 not out, but the day's play was dominated by Williamson, who had risen to a career-best Test ranking of number two in the world - behind Kohli - after scoring 386 runs at an average of over 77 in the UAE against Pakistan.

Coincidentally both he and his Indian counterpart were batting at the same time more than 5,200 kilometres apart.

Kohli scored 123 in India's first innings in the second Test against Australia but was far more circumspect than the 28-year-old New Zealander.

Williamson, who replaced Jeet Raval after the opener was dismissed for 43 on the final ball before lunch, hit the first three deliveries he faced to the fence.

He then accumulated runs at will and combined with Latham for 116 runs in 25 overs during the middle session.

Shortly after Kohli brought up his 25th Test century at the Perth Stadium, Williamson looked well set to score his 20th at almost a run a ball.

The right-handed batsman, however, succumbed to what was the only mistake of his 93-ball innings when he swept part-time offspinner Dhananjaya de Silva straight to Kasun Rajitha at backward square less than an hour into the final session.

The visitors were bowled out for 282 with Niroshan Dickwella left stranded on 80, while Southee finished with 6-68.