Nick Kyrgios ends season after pulling out of Kremlin Cup 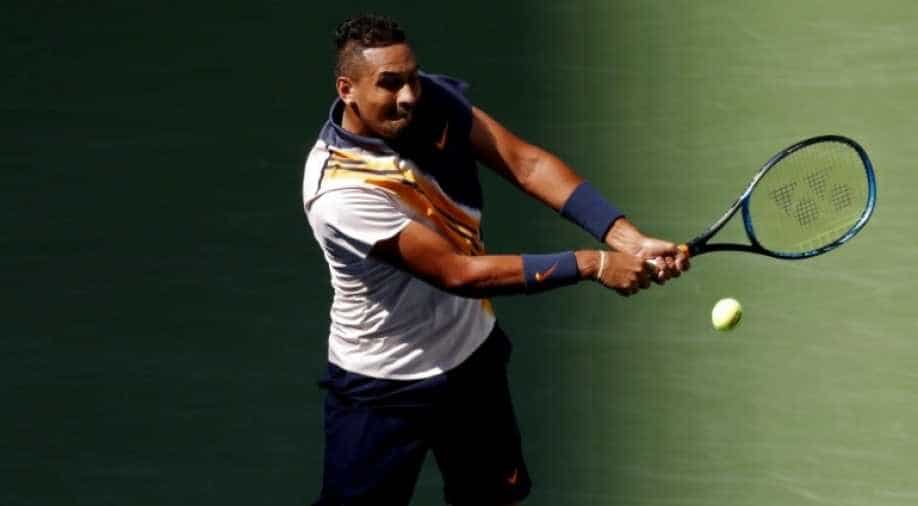 The return of Kyrgios' elbow injury marks a disappointing end to another eventful season for the 23-year-old who has slid to 37th in the ATP rankings.

Australian Nick Kyrgios has called time on his season after pulling out of the Kremlin Cup on Thursday with a recurrence of an elbow injury.

Kyrgios, seeded fifth at the Moscow event, had been due to face Bosnia-Herzegovina's Mirza Basic.

"Sorry guys, I won't be able to play today, this evening, it is obviously very unfortunate, dealing with ongoing elbow injury," he told the tournament website https://kremlincup.ru.

"It started to bother me a little bit this week. I am going to choose to wrap up my season and to go home. I will start a recovery and see you in 2019."

The return of Kyrgios' elbow injury marks a disappointing end to another eventful season for the 23-year-old who has slid to 37th in the ATP rankings.

He began the year by winning his first title on home soil in Brisbane and made a strong run at the Australian Open where he made the last 16, losing to Grigor Dimitrov.

Injury forced Kyrgios to miss the French Open while at the U.S. Open he was involved in a bizarre incident in which he received a "pep talk" over his performance from chair umpire Mohamed Lahyani during his second-round win over Frenchman Pierre-Hugues Herbert.

Kyrgios, who has been accused of 'tanking' in the past, was involved in another row at the Shanghai Masters this month when his display during a shock defeat by Bradley Klahn was branded "borderline" by umpire Damien Dumusois.