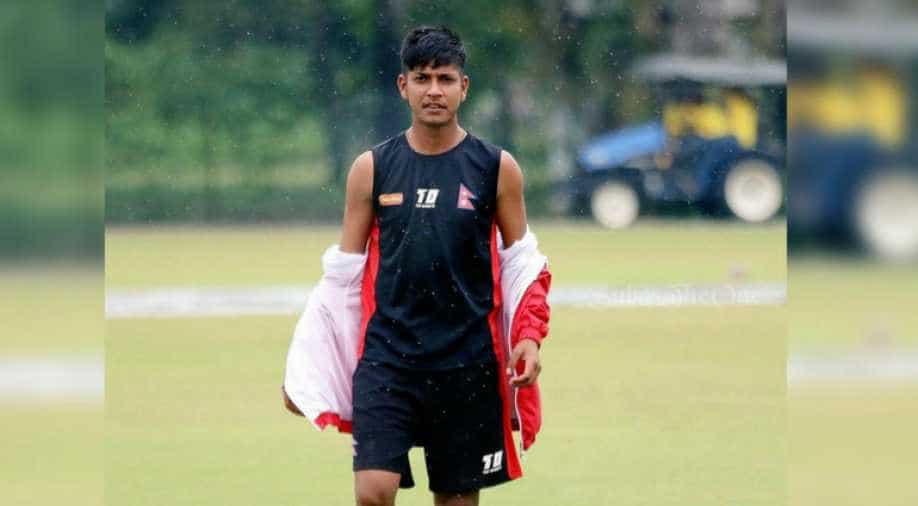 Nepal wrist-spinner Sandeep Lamichhane, who is the first player from his country to be part of Indian Premier League, has been named for the ICC World XI squad for the fund-raising Twenty20 International match against the West Indies.

The money earned from the match will be will be used to redevelop the stadia in the Caribbean, which were damaged due to hurricanes last year.

Lamichhane's talent was spotted by then Nepal coach Pubudu Dassanayake in 2014 and first represented Nepal in the ICC U-19 Cricket World Cup 2016, where he took 16 wickets.

In the historic MCC versus Nepal match at Lord's in July 2016, Lamichhane had figures of one for 25 as the visitors successfully defended 217 for eight, bowling out the hosts for 176 in 47.2 overs.

"I am privileged to have been chosen to be part of the ICC World XI against the Windies. It is an honour for the entire country and passionate followers of Nepal cricket, as well as an indicator that we are making our mark on the international game," Lamichhane said on his inclusion in the ICC World XI.

"What can I say about Lord`s, it`s the Home of Cricket, it`s a complete history of cricket and a dream venue for any cricketer. To play there in 2016 was a memorable occasion, which I look forward to reliving later this month. I hope I will continue to get opportunities in future which, in turn, will help me improve my skills as well as my country to strengthen its position on the world cricket map," he concluded.

Meanwhile, Bangladeshi cricketer Shakib Al Hasan has withdrawn from the match due to personal reasons and his replacement will be announced soon.

The West Indies, the reigning ICC World Twenty20 champions, are being led by Carlos Brathwaite. Chris Gayle, Marlon Samuels, Samuel Badree and Andre Russell are among the other leading players in the squad.