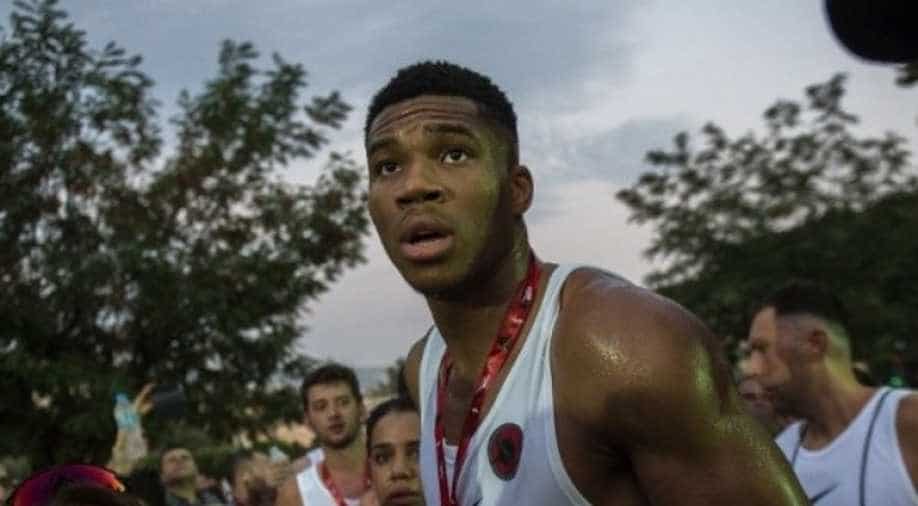 Antetokounmpo, who plays for NBA club Milwaukee Bucks, lashed out on Twitter.

NBA star Giannis Antetokounmpo lashed out Thursday at a Greek television presenter who described his brother Thanasis as a "monkey" following a EuroLeague game last weekend.

Presenter Takis Tsoukalas, a well-known supporter of Olympiakos, targeted Thanasis Antetokounmpo with the "racist" remark shortly after he had helped his team, Panathinaikos, beat arch-rivals Olympiakos 93-80 in a EuroLeague clash last Friday.

Giannis Antetokounmpo, who plays for NBA club Milwaukee Bucks, lashed out on Twitter: "I have lost sleep in the last few days over the recent racist incident."

The Antetokounmpo brothers are of Nigerian parentage but were both born in Athens and hold Greek nationality.

Giannis added: "If this can happen to Thanasis, who represents the Greek national team and Panathinaikos with pride and with a smile, I cannot imagine what other people of colour face in Greece.

"I am sad and disappointed but we will not let the negative comments change this family and our love for the country we grew up in."

Tsoukalas has been sued by two anti-racist organisations in Greece and has been summoned to explain his comments by the National Council for Radio and Television.

In a statement, Tsoukalas said he never mentioned Thanasis' name "in a racist mood".

"I characterised his behaviour as an athlete who was twice punished by the referees with technical fouls," said the presenter.

"I know very well attempts are being made to turn this incident into a racist issue and I warn them that I will follow the lawful judicial route in response to this."