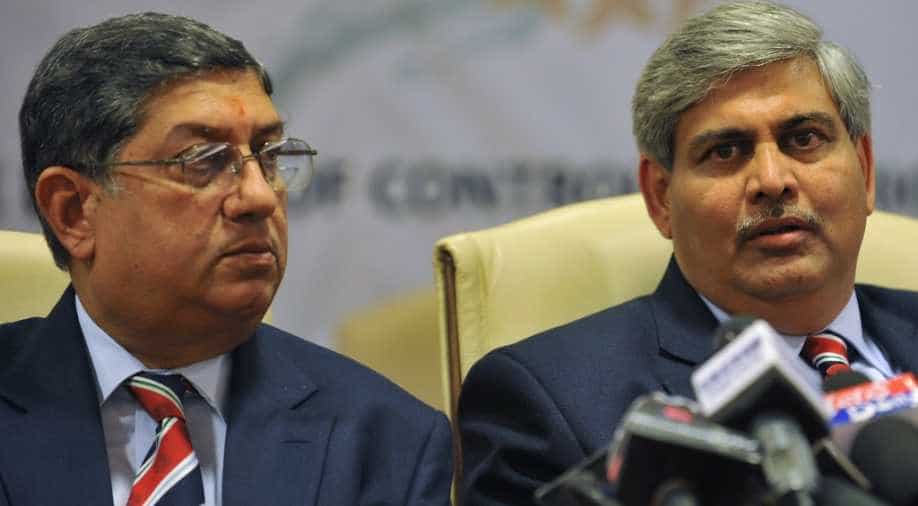 Former BCCI president N Srinivasan has slammed Shashank Manohar, who stepped down from the post of ICC chairman on Wednesday, for causing damage to Indian cricket while being in charge of the ICC.

Former BCCI president N Srinivasan has slammed Shashank Manohar, who stepped down from the post of ICC chairman on Wednesday, for causing damage to Indian cricket while being in charge of the ICC. Apparently, BCCI’s power in the world of cricket has taken a hit since Manohar took charge of the ICC as first independent chairman.

Srinivasan termed Manohar as ‘anti-Indian’ while adding that he has hurt India’s finances in the game and importance in world cricket.

“My personal view is he has done so much damage to Indian cricket that every person involved in Indian cricket will be happy (with his exit). He has hurt India’s finances in the game, has hurt India's chances at the ICC, he has been anti-Indian and has reduced India's importance in world cricket. He is running away now because he knows he will not get any bow from the Indian leadership. He has caused huge damage,” Srinivasan told TOI.

Under Manohar’s tenure, the BCCI and ICC have been involved in a tussle over several financial issues. Srinivasan claimed that Manohar is running away because he had no chance to continue at the charge of the ICC.

“Ever since the new leadership has come into BCCI, Shashank knew he could not afford to represent India and use that as a vehicle for his convenience. He knew he had no chance (to continue) and therefore he has run away”.

WATCH: Cricket back in different look as England bowlers give first glimpse of post-COVID celebrations

After Jagmohan Dalmiya passed away in 2015, Manohar took over the charge as BCCI president and India put forward his name for the ICC job.

Earlier on Wednesday, ICC confirmed the news of Manohar stepping down as the governing body said: "ICC Chairman Shashank Manohar has stepped down after two, two-year tenures at its helm. The ICC Board met today and agreed that Deputy Chairman Imran Khwaja will assume the responsibilities of the Chairperson until a successor is elected."