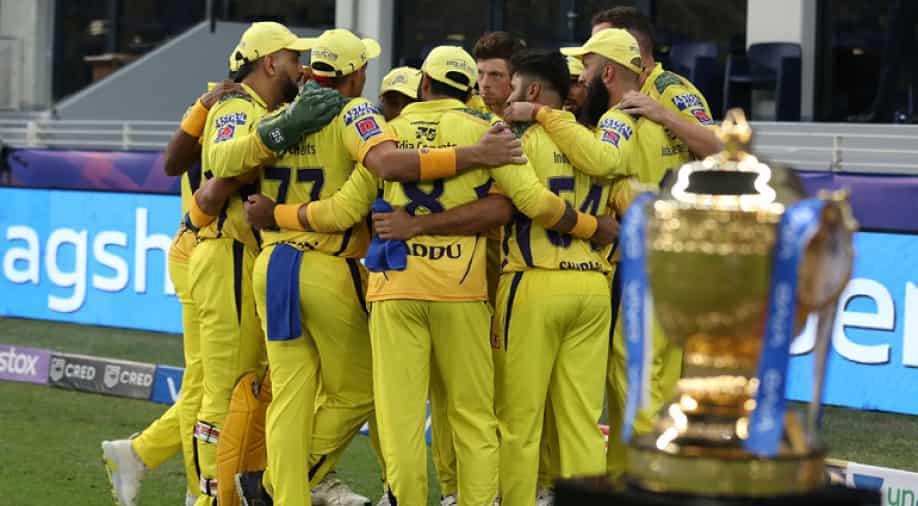 CSK will reportedly take on KKR in the IPL 2022 season opener. | Photo - IPL | Photograph:( Others )

The Indian Premier League (IPL) 2022 is all set to get underway from March 26 and the league stage of the tournament will be played across four venues in Mumbai and Pune. This will be the 15th edition of the tournament, which has become one of the biggest sporting leagues in the world over the years. The Board of Control for Cricket in India has already announced the start date and the venues of the tournament but is yet to confirm the official schedule of IPL 2022.

As per a report in the Indian Express, defending champions Chennai Super Kings (CSK) are all set to take on last year's finalists Kolkata Knight Riders (KKR) in the opening game of the season. CSK had defeated KKR by 27 runs in the final of IPL 2021 last year to clinch their fourth title.

This time around, IPL is all set to have a new format with ten teams having been divided into two groups of five each. While CSK are placed in Group B, KKR are in Group B. The two teams will play against each other only once this season as they are part of different groups.

The report further adds that the Maharashtra Government is ready to provide full support to the BCCI in making IPL 2022 a successful event. The state government has reportedly promised a separate lane for easy movement of the IPL teams during the course of the tournament.

The separate lane will help the teams in beating the busy traffic in Mumbai and Pune while travelling to the stadiums and training venues. Mumbai Cricket Association (MCA)'s ground in Bandra-Kurla Complex and Dadoji Kondadev Stadium in Thane are reportedly set to be used as training facilities for the IPL teams during the tournament.

The Wankhede Stadium and the DY Patil Stadium, Brabourne Stadium and the MCA Stadium in Pune are all set to host the 70 league matches during IPL 2022. The dates and venues for the playoffs are yet to be confirmed by the BCCI.