New Zealand vs Pakistan 1st T20I: Pakistan under pressure, 105 all out 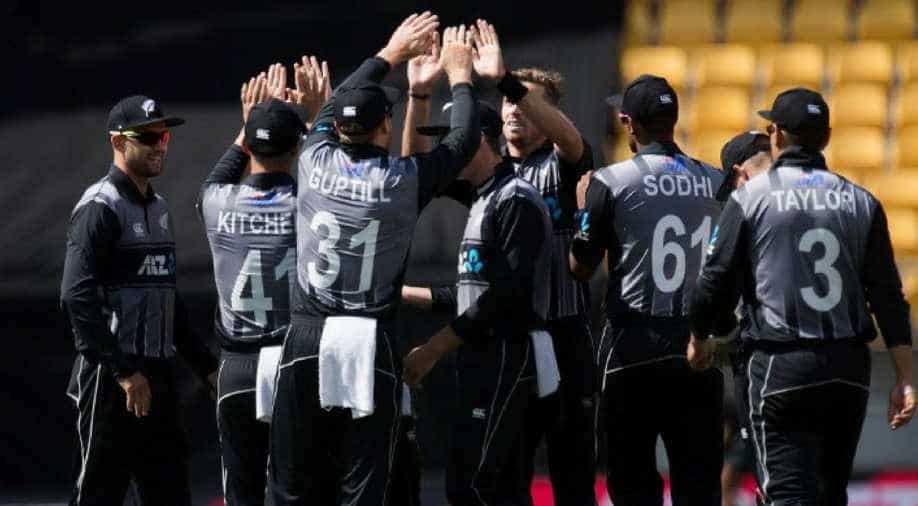 New Zealand won the toss and elected to bowl against Pakistan in the first of three matches between T20I in Wellington on Monday.

Pakistan is currently under immense pressure as its top batting order was smashed and New Zealand bowlers restricted them at a total of 105 runs.

Tim Southee got his first wicket in the second over and saw off Fakhar Zaman, later he took Mohammad Nawaz's (7) and Faheem Ashraf's (7) wicket in the fourth and fourteenth over respectively.

In the last over, Colin Munro got Babar Azam's wicket.

Babar Azam scored 41 runs for the team and tried to push the run rate before Munro got him out in the hands of Tom Bruce.

Babar found a determined ally in Hasan Ali and together they made 30 runs at a very crucial point but the latter lost his wicket to Seth Rance in the 17th over.

Adding to the destruction, Mitchell Santner out bowled Sarfraz Ahmed and the next ball was caught behind for a golden duck claiming Shadab Khan's wicket that ends Pakistan's every possible hope of resurrection.

Anaru Kitchen is in the middle of everything in Wellington!
Two early catches and now a wicket as the dangerous Haris Sohail picks out Guptill at cover. Pakistan 24-4 after the opening 6 over PP. Card | https://t.co/MgHaD9EmkS … #NZvPAK pic.twitter.com/YW7NYxoeE7

Blackcaps are already on a high having just swept the one-day series against Pakistan and are backing themselves to continue that form as they switch to the shortest form of the game.

However, they suffered a setback hours before the match when captain Kane Williamson was withdrawn as a precautionary measure after complaining of a tight thigh.

Stand-in skipper Tim Southee said it was "not a typical" wicket at Westpac Stadium but he opted to bowl "as hopefully, we will get something out of it early on."

Pakistan will be without Shoaib Malik who is out of the series after a delayed concussion suffered during the fourth ODI.

The BLACKCAPS have won the toss and opted to bowl first at Westpac Stadium! #nzvpak pic.twitter.com/W8fMwT4oNu