Korea Open: Malvika Bansod emerges on top of China's Hue Yan in a thriller to enter second round 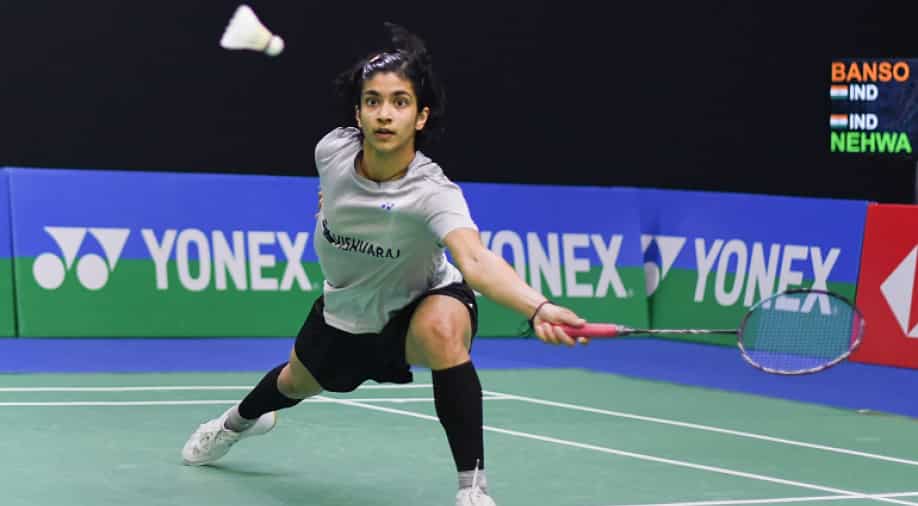 Malvika Bansod will face World No.10 and sixth seed Pornpawee Chochuwong of Thailand in the second round. Photograph:( PTI )

Fast-rising Malvika Bansod progressed to the second round of the women's singles competitions after registering a gruelling three-game win at the Korea Open Super 500 badminton tournament here on Tuesday.

World no.65 Indian shuttler took a 3-0 lead in the opening game against World no.24 Chinese opponent.

The Chinese player levelled it to 7-7 and it went neck-to-neck at 11-11. From there Malvika Bansod won five points on the trot to take a 16-11 lead.

Once again the Chinese shuttler made a comeback to make it 20-20 and from there on she won she held her nerves to win two consecutive points to make it 22-20 and take a one-game lead.

In the second game too Malvika Bansod started with a 3-0 lead and at one point lead the game 14-7 but once again the Chinese shuttler clawed her way back to make it 20-20 but this time it was the Indian shuttler winning two consecutive points to win the second game 22-20 and make it one game apiece.

The third and final game started off in a closely contested battle with scores tied at 7-7 but from there on the World No.65 Indian shuttler raced away to win it 21-10.

Malvika Bansod won the thrilling first-round match 20-22 22-20 21-10 and now she will face World No.10 and sixth seed Pornpawee Chochuwong of Thailand in the second round.