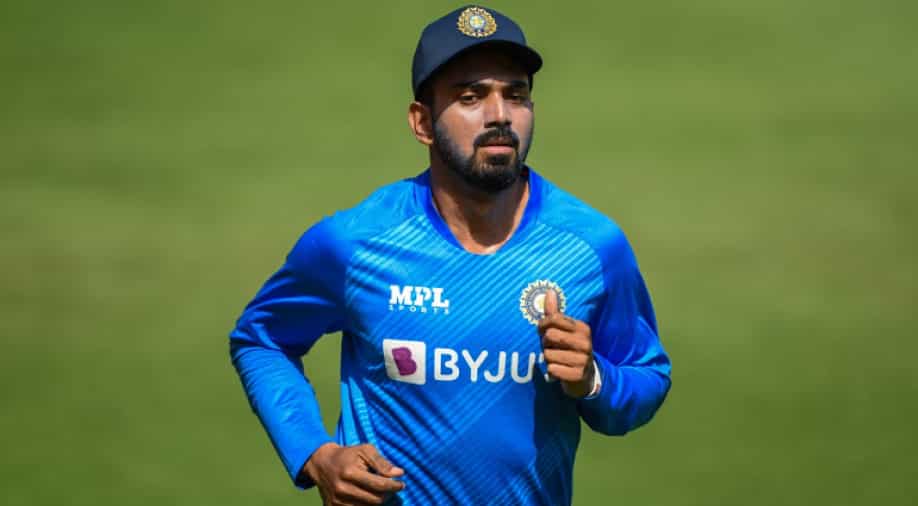 KL Rahul is likely to return to the playing XI for 2nd ODI against West Indies. Photograph:( AFP )

With KL Rahul back in contention for selection, here is a look at India's predicted playing XI for the second ODI against West Indies on Wednesday.

India got off to a winning start in the ongoing three-match ODI series against West Indies with a comfortable six-wicket win in the first ODI at the Narendra Modi Stadium in Ahmedabad on Sunday. The hosts will be locking horns with Kieron Pollard & Co. in the second ODI of the series on Wednesday and will be hoping to continue their winning run against the visitors.

Spinners Yuzvendra Chahal and Washington Sundar were brilliant for India in the series-opener as the duo rattled the West Indies batting line up to pick up seven wickets between them. West Indies were bundled out for a paltry 176 runs in 43.5 overs before India chased down the target with as many as 22 overs to spare.

Captain Rohit Sharma, who was leading the Men in Blue in his first ODI as the full-time skipper of the Indian team, slammed a brilliant 51-ball 60 to get the hosts off to a good start before Suryakumr Yadav (34) and debutant Deepak Hooda (26) wrapped up the run-chase while remaining unbeaten.

It was a comfortable victory for India in the first ODI, however, a change is likely in the playing XI for the second ODI as KL Rahul is available for selection after missing the first game. The vice-captain had missed the series-opener due to personal reasons but is likely to return to the XI in the second game.

Rahul is likely to replace left-hand batter Ishan Kishan at the top as India would like to give Hooda more chances in the middle-order after his good show on debut. Kishan, who also looked in fine touch for his 28 off 36 balls, might have to make way for Rahul, who is unlikely to be slotted in the middle-order and will play as an opener.

Apart from Rahul replacing Kishan, India are unlikely to make any other change and will once again reply on the spin pair of Chahal and Sundar to continue their terrific run in the second game. Sundar is unlikely to be replaced by any other spinner as he offers a lot with the bat as well lower down the order.