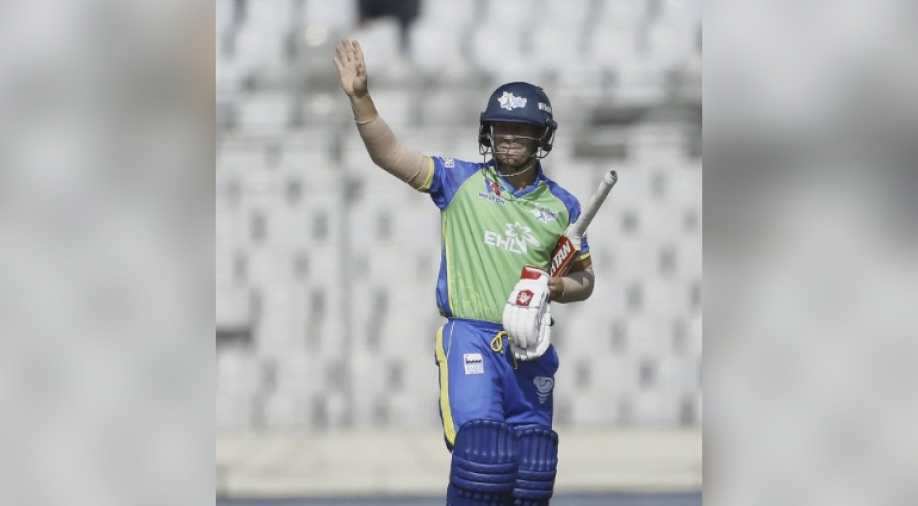 Warner will be returning to Australia next Monday to have his injury assessed.

Australian opener David Warner, who is working towards a return to international cricket after serving a ball-tampering ban, has picked up an elbow injury during his ongoing stint with the Bangladesh Premier League.

Warner will leave the tournament early to have his injury assessed, joining his former skipper Steve Smith in the injured list.

"While the extent of the injury remains unknown, Warner will continue to play for the Sylhet Sixers before he departs, meaning he will feature in matches on the 18th and 19th," Cricket Australia's official website 'cricket.Com.Au' said in its report.

Smith, who is also serving a 12-month ban for his role in the infamous ball-tampering scandal in South Africa last year, has already undergone a surgery on his right elbow after returning home and is expected to be out of action for at least six weeks.

Warner will be returning to Australia next Monday to have his injury assessed.

Both Smith and Warner's 12-month bans end on March 28 and the duo was expected to feature in Australia's last two matches of the five ODIs against Pakistan in the UAE.

Warner looked close to his best in the BPL, scoring two half-centuries in five innings, including a whirlwind unbeaten 61 on Wednesday night.