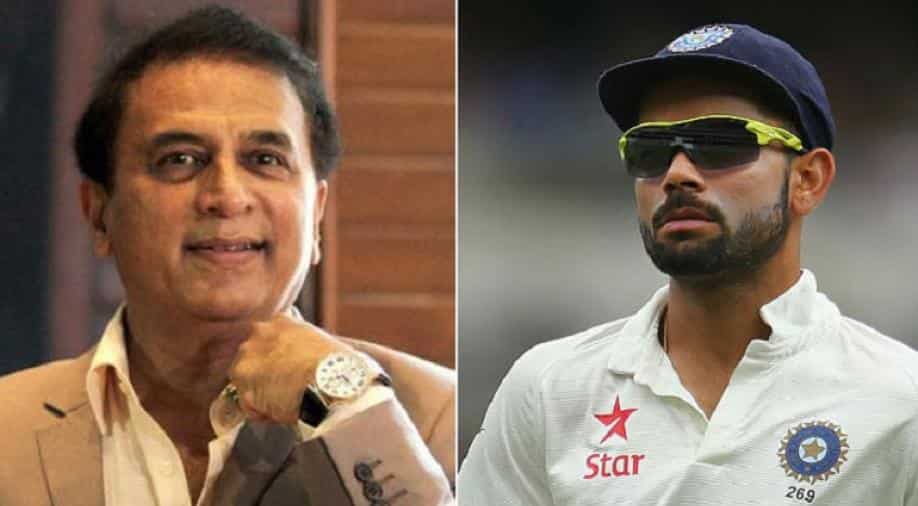 Kohli, when called upon for post-match presentation, said: "It all started with Dada's team and we are just carrying it forward."

India dismantled Bangladesh by an innings and 46 runs inside three days of their first-ever day-night Test played at the Eden Gardens on Sunday. And Indian captain Virat Kohli hailed the performance given by his team.

Kohli, when called upon for post-match presentation, said: "It all started with Dada's team and we are just carrying it forward."

"Dada" is referred to Sourav Ganguly, who currently is the BCCI president.

This did not go down well with the 'Little Master' Sunil Gavaskar. He did not waste any moment to get back at him.

Sunil Gavaskar, during the post-match discussion, took a jibe on Virat Kohli and said that "I just would like to make a point that the Indian Captain said that this thing started in 2000 with Dada's team, I know Dada is the president of the BCCI so maybe you gotta say nice things about Dada. But India was also winning in the 1970s and 1980s, he wasn't born then. He was probably born in 1988-89, so he does not know,".

India's first away victory was in 1967-68 in New Zealand. India's bowling in the 1970s was the Indian spin quartet – Bishen Bedi, E.A.S. Prasanna, BS Chandrasekhar and Srinivas Venkataraghavan. This period also saw the emergence of two of India's best batsmen, Sunil Gavaskar and G Viswanath. Indian pitches have tended to support spin and the spin quartet exploited this to create collapses in opposing batting line-ups. These players were responsible for the back-to-back series wins in 1971 in the West Indies and England. Gavaskar scored 774 runs in the West Indian series (the one Gavaskar referred to) which is highest ever for a debut batsman.

Batting against the then West Indian lethal pacers with deadly bouncers without a helmet was a major challenge. India won the World Cup in 1983 after beating the legendary Clive Loyd's West Indies in England.

Kapil Dev and Sunil Gavaskar were one of the key players who played and won the World cup in 1983.

Sunil Gavaskar is firstly known as the "little master". He earned this name by showing his skills, despite being of short-stature against tall strong pacers around the world.

His batting in test cricket in the 1970s and 1980s made him one of the greatest test batsman of all time.

First to break Bradman's record, making 34 test centuries. He is the first batsman to cross the 10000+ mark in test runs.

Sunil Gavaskar contribution began right from the beginning when he helped India in a first-ever series win against West Indies.

He missed his first test due to infected fingernail.

He was the first Indian to score four centuries in that test series and second Indian after Vijay Hazare to score two centuries in one test match. He also had an average of 154.80 in the series.

The Indian cricket team indeed went on the next level by the advent of the 2000s. But true foundations were laid during the 1970s.