'I wish I could refuse to come off': Vincent Kompany mocks Kepa row 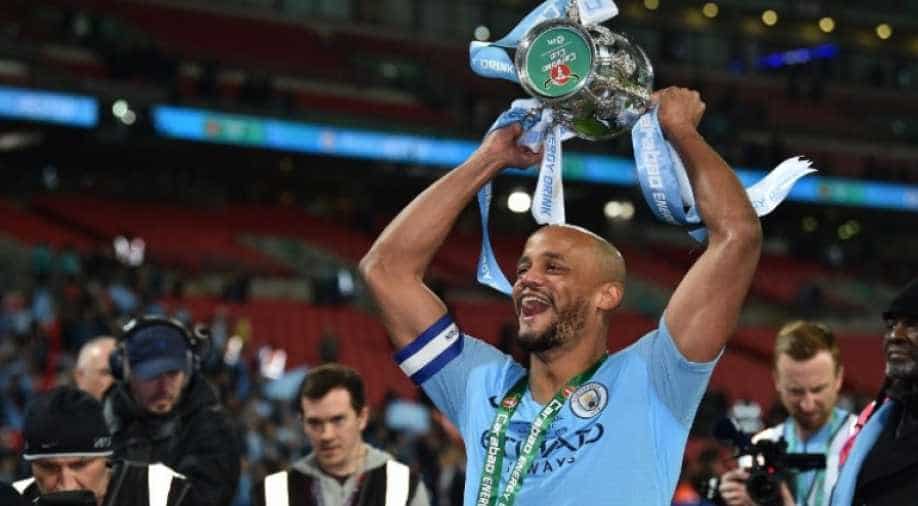 Kepa was set to be replaced in the final moments of extra-time after going down with cramp for the second time in the Wembley clash.

Kepa was set to be replaced in the final moments of extra-time after going down with cramp for the second time in the Wembley clash.

But, as Sarri prepared to send on reserve keeper Willy Caballero, Kepa signalled that he was fit to carry on.

Sarri insisted Kepa come off, but the Spaniard wouldn't budge, leading to a furious meltdown from the Chelsea boss, who briefly stormed down the tunnel before returning to his post.

The match finished 0-0 and City went onto win 4-3 on penalties, despite Kepa saving Leroy Sane's effort in the shoot-out.

Kompany, who came on at half-time for the injured Aymeric Laporte, said he had never seen anything like it.

"Of course I've never seen it. I wish I could do it every now and then when I don't want to get subbed off," Kompany said.

Kompany said he was glad not to face Caballero, who helped City win the 2016 League Cup final by saving three penalties in a shoot-out against Liverpool.

"I know how good Willy is on penalties, when we won this competition against Liverpool he was tremendous, he won the penalties for us and it would be another mind game to be played," Kompany said.

"It didn't happen and the confidence was there to score the penalties."

Former Chelsea captain John Terry, watching the match as a pundit for Sky Sports, called on Sarri to resolve the situation immediately.

"It will be interesting to see if Kepa plays the next game. If I was in the dressing room I would expect the manager to come in and deal with it straight away," Terry said.