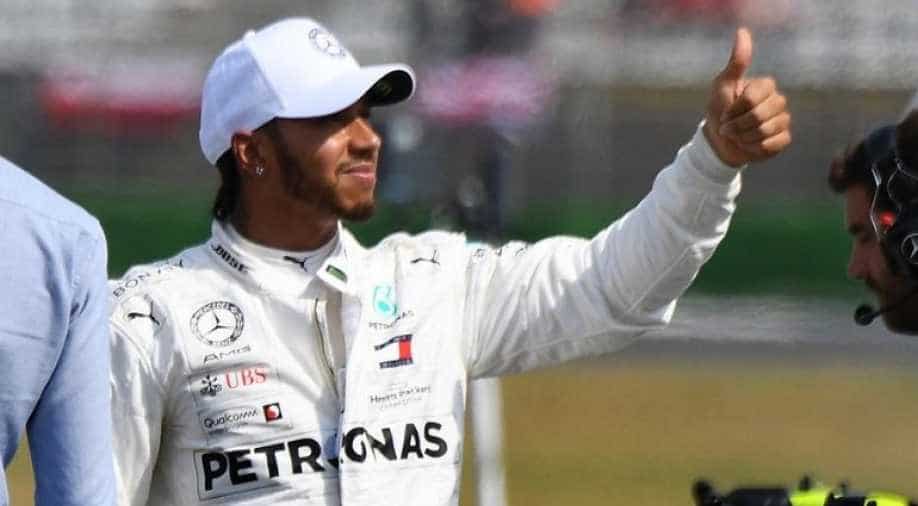 The Briton is the most successful driver in US Grand Prix history, his six wins including five in Texas.

Back in the heart of Texas and a race track carved out of the scrubland, Lewis Hamilton was hit by the pioneering spirit on Thursday and declared that he wanted to be the man to lead Mercedes into uncharted territory.

Earlier, on a chilly day in the Texas capital, Formula One presented a dramatic overhaul of the sport by unveiling the car of the future along with regulations aimed at producing closer and cheaper competition from 2021.

While other drivers stared cautiously out into the unknown, Hamilton, who can clinch a sixth world driver's crown at the US Grand Prix on Sunday, sounded like he was ready to saddle up and get to work.

"I always love a challenge," Hamilton said. "This team has shown it is in the best position to react to changes.

"The team is approaching it in an exciting way as a challenge. It is going to be an interesting time.

"Sometime next year my mindset will be to switch into 2021 and wanting to be the pioneer in that era."

Of more immediate concern, Hamilton is focused on becoming only the second six-times Formula One world champion and may not need to score even a point in Austin to get the job done.

The Briton is the most successful driver in US Grand Prix history, his six wins including five in Texas, and he has every intention of adding to the tally after winning in Mexico last weekend.

If Hamilton finishes eighth on Sunday then the title is won regardless but he will not need to score any points at all to continue as champion if team mate and sole rival Valtteri Bottas does not win.

Austin is a favourite track for the 34-year-old and he will also be fancied to round up his Texan win tally to six on Sunday although he is taking nothing for granted.

"There's still three races and anything can happen so nothing is a given," said Hamilton. "It is a good hunting ground in general so I am going to be pushing very hard this weekend."

While winning driver's and constructors' titles have become old hat for Hamilton and Mercedes. the status quo is expected to be turned on its head when the new regulations come on line.

It will be uncharted territory for drivers and teams, who will be operating under a budget cap of $175 million, about half the amount that some of the top outfits such as Mercedes, Ferrari and Red Bull spend at present.

"When there is a challenge such as a whole new massive change in the regulations that is a huge challenge for me to use my skills to help steer the team in the right direction," said Hamilton. "I don't particularly see myself going somewhere else.