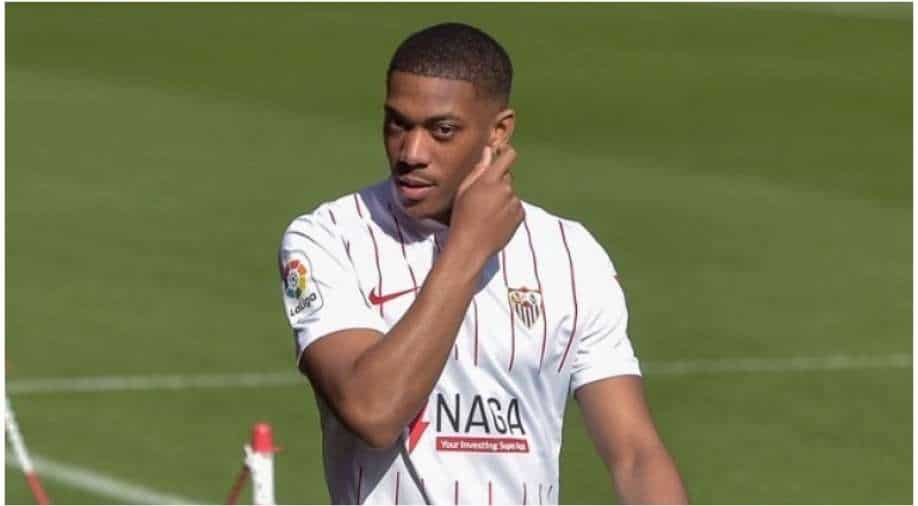 Martial moved to Sevilla because he felt wanted Photograph:( AFP )

The 26-year-old forward, who joined United in 2015 but asked to leave Old Trafford in December after struggling for opportunities this season, feels he is ready to help out straight away.

French striker Anthony Martial said he moved from Manchester United to Sevilla on a loan deal because he felt wanted by manager Julen Lopetegui and sports director Monchi.

"What convinced me to come is ... the sporting director and the coach, they showed me that they wanted me," Martial, who has joined the LaLiga club until the end of the season, told a news conference at his unveiling on Wednesday.

"I wanted to come so I could play and show what I can do in the team."

The 26-year-old forward, who joined United in 2015 but asked to leave Old Trafford in December after struggling for opportunities this season, feels he is ready to help out straight away.

"In the last few months I have been training a lot. I hope to be able to train soon with my team mates and work well with them to fight for the competitions we`re still in," Martial said, explaining that he does not care in which position Lopetegui plays him.

"I trained hard to be ready and if the coach wants me to play, I`ll do it now. The most important thing for me is to play, it doesn`t matter where. I want to bring my experience and help the team to keep winning."

The focus for the French striker will be to help Sevilla win a fifth Europa League title since 2014, and seventh overall. They will face Dinamo Zagreb in the last 16 next month.

"Winning a seventh title is a big aim. Also, the final is here (in Ramon Sanchez Pizjuan Stadium) so we`ll do everything possible to win the cup," he added.

"My aim is to play, help the team and that means enjoying myself on the pitch, and scoring and assisting."