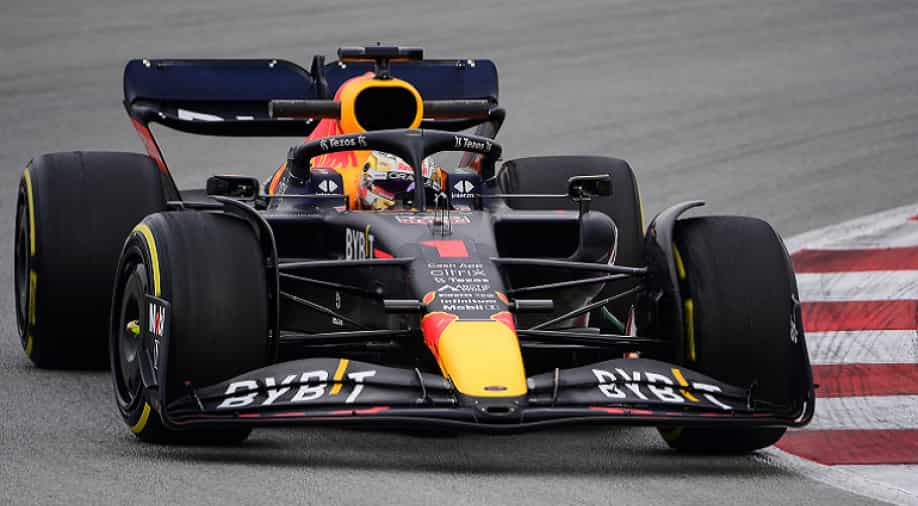 Formula One has decided to cancel the Russian Grand Prix. Photograph:( AFP )

Formula One on Friday cancelled the Russian Grand Prix after Russia invaded Ukraine. Formula One said it was impossible to host the event in current circumstances.

Formula One on Friday said it will not race in Russia this season, saying it was "impossible" to do so after the country launched an invasion on neighbouring Ukraine.

The race was scheduled for Sept. 25 at Sochi`s Olympic park. "We are watching the developments in Ukraine with sadness and shock and hope for a swift and peaceful resolution to the present situation," the sport said in a statement.

"On Thursday evening Formula One, the FIA, and the teams discussed the position of our sport, and the conclusion is ... that it is impossible to hold the Russian Grand Prix in the current circumstances."

Russia launched an all-out invasion of Ukraine by land, sea and air on Thursday.

Four-times world champion Sebastian Vettel told a news conference that he would not take part in the Russian Grand Prix if it went ahead.

World champion Max Verstappen also said racing in a country at war was "not correct". U.S.-owned Haas ran their car in Barcelona testing on Friday in an all-white livery, having taken off all branding representing title sponsor and Russian potash producer Uralkali.

European soccer`s governing body UEFA, earlier on Friday, said it had moved the Champions League final from St Petersburg to Paris. The cancellation of the Russian race brings Formula One`s calendar back down to 22 races from a planned record 23-round schedule.

But the sport, which pulled off 17 races in the pandemic-hit 2020 season and held 22 races last year, has options it can pick to fill the spot vacated by Russia, after a number of venues held races as COVID-19 stand-ins over the last two seasons.

The Russian race debuted on the calendar in 2014 and was set to move to a new track outside St Petersburg from its current Sochi Olympic park venue next year.

Russian President Vladimir Putin has attended the race in the past, even handing out the trophies on the podium. The title sponsor of the race is the VTB Group whose VTB Bank was hit with sanctions by the United States and Britain following the Russian invasion.