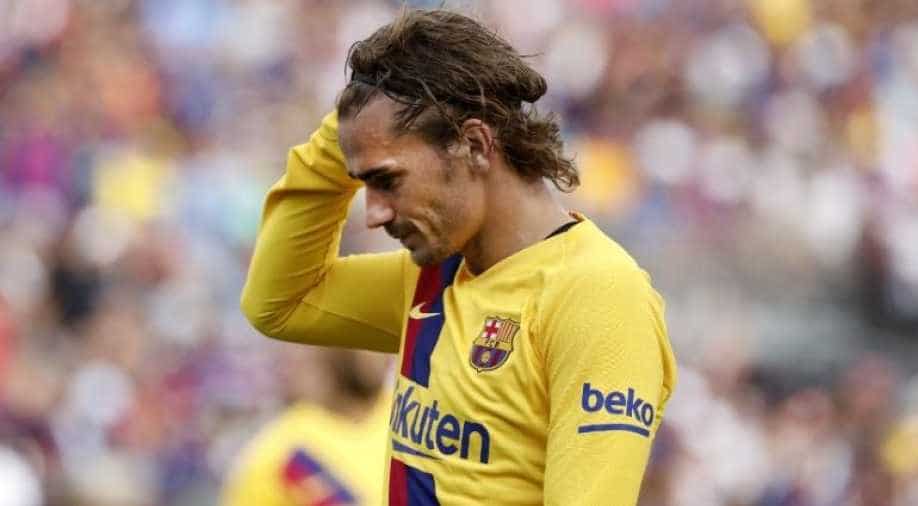 "Of course I'm happy with the goal but still disappointed with how the league campaign has gone. We weren't good at the start of the campaign but we've been almost perfect in 2021.

An acrobatic late strike from Antoine Griezmann saw Barcelona confirm their third-place finish in La Liga on Saturday, as they crept past already relegated Eibar 1-0 in their last match of the season.

They end the campaign on 79 points, seven behind champions Atletico Madrid and five off second-placed Real Madrid.

"We didn't do the business in important games this season," matchwinner Griezmann said.

"Of course I'm happy with the goal but still disappointed with how the league campaign has gone. We weren't good at the start of the campaign but we've been almost perfect in 2021.

"I'm happy for Atletico, for (coach) Diego Simeone, Koke, for my friends there and their fans. They deserve it."

Defender Oscar Mingueza was required to make a crucial block early on as Sergi Enrich bore down on goal after Frenkie de Jong lost the ball in a dangerous area, in an otherwise uneventful first 45 minutes.

With the game seemingly destined for a draw, it sparked to life in the closing stages.

On 81 minutes Griezmann smashed in from an acute angle following good work from Ousmane Dembele down the right-hand side.

Barca were given a scare four minutes from time when Takashi Inui saw an effort smash back off the crossbar, however the Catalans held out to secure the three points.

Eibar, meanwhile, finish bottom of the table on 30 points and return to the second-tier Segunda after seven years in Spain's top flight.