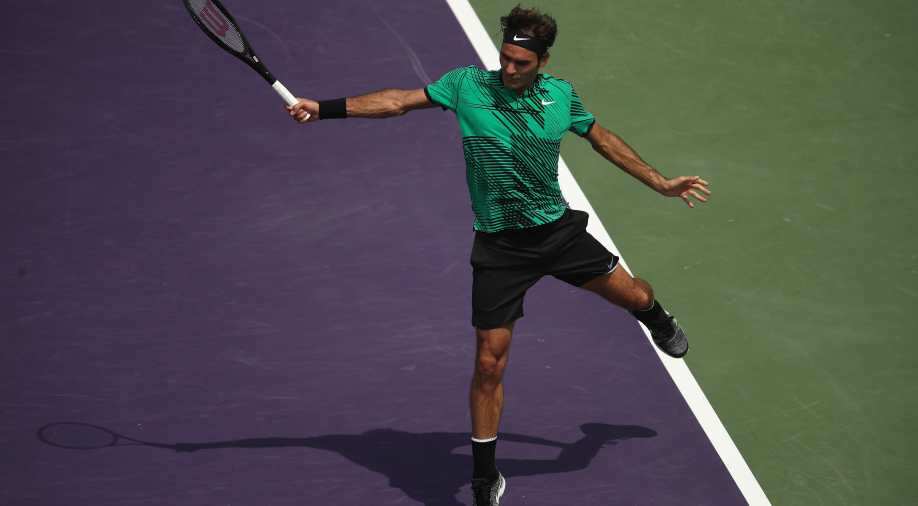 Roger Federer said he needed to be fresh for Wimbledon and the subsequent hard court season in the US. Photograph:( AFP )

Roger Federer, fresh from winning his third title of the year in Miami, said Sunday he will take a nearly two-month break from the sport before returning for the French Open in late May.

Federer has won the Australian Open, Indian Wells and Miami since coming back from a six-month injury lay-off and he said he won’t be playing clay court events including Masters series events in Monte Carlo, Madrid and Rome.

"I'm not 24 any more so things have changed in a big way and I probably won't play any clay court event except the French. That is what it is going to look like, I need rest, my body needs healing, I need time as well to prepare, you will probably see me at the French again," he told ESPN in an on-court interview.

"I want to stay healthy and enjoy myself. Because when I am healthy and feeling good, I can produce tennis like this, when I am not feeling this good there is no chance I will be in the finals competing with Rafa.

"That is why this break coming now in the clay court season and focusing everything now on the French, the grass and then the hard courts after that is going to be the key for me," he added.

Federer beat Nadal in straight sets in the Miami final on Sunday.